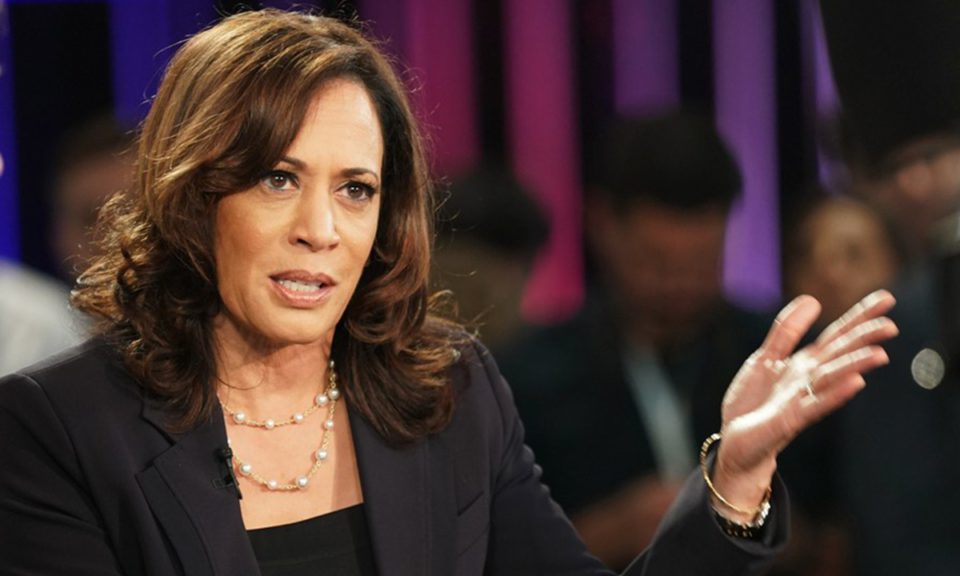 School closures have been one of the many devastating effects of the COVID-19 pandemic in America. While seeking to find a bright side to the situation, Vice President Kamala Harris instead burst into ill-timed laughter that brought her sincerity into question.

Harris was trying to make the point that because many American families have been unable to send their children to school, they should appreciate the importance of affordable child care.

“More people are seeing that yeah, affordable child care is a big deal,” she said on Friday at a child care center in West Haven, Connecticut. “More parents are seeing the value of educators when they had to bring their kids and say, ‘we’re not paying them nearly enough,’” she continued while laughing hysterically.

It is unclear exactly what Harris found to be so funny. However, laughing out loud while discussing the struggles of families who have been unable to send their children to school is hardly a good look.

This is especially true considering that anti-scientific policies from Democrats are one of the main reasons why many schools remain closed.

According to Healthline, a February study by the University of California Los Angeles found “that there is not a current need to keep schools closed.”

Dr. Frederick Zimmerman, who led the study, suggested that the decision not to reopen schools in the spring was probably a mistake.

“Keeping schools closed in the spring turns out to have been unnecessary in hindsight, but definitely the right thing to do given what we knew at the time,” he said.

The fact is that we now know much more about the virus, and the overwhelming evidence shows that it is time to reopen schools.

Yet President Joe Biden continues to argue not only that previous closings were necessary, but also that schools may need to remain closed for the coming weeks or months.

Politico reported Monday that Biden hopes to reopen “most K-8 classrooms by May 1,” but not without spending massive amounts of money for so-called mitigation strategies.

Of the $1.9 trillion of spending in Biden’s latest COVID relief bill, $10 billion will go toward “developing a national school coronavirus testing strategy.” This is a waste of time and money.

Research already shows that schools are largely safe to attend with simple strategies like masking and distancing. Schools should be reopening immediately, not in another month or more.

Despite all this, Harris seems to think something is humorous about the fact that children have been denied a proper education due to the senseless policies of her own party.

This is not the first time that Harris has resorted to laughter instead of properly addressing a serious situation. Just last week, she laughed off a question about whether she would visit the southern border during the current crisis.

In both situations, we cannot be sure exactly what caused Harris to laugh. In any case, laughing during a discussion of actual problems facing the country is inappropriate behavior for the vice president.

By appearing to make light of real issues, Harris is giving the American people the impression that the Biden administration is not taking them seriously.

Whether or not that is true, it is not a perception the administration should want to promote.

This article appeared originally on The Western Journal.

Zayn Malik and Gigi Hadid are married, according to his collaborator