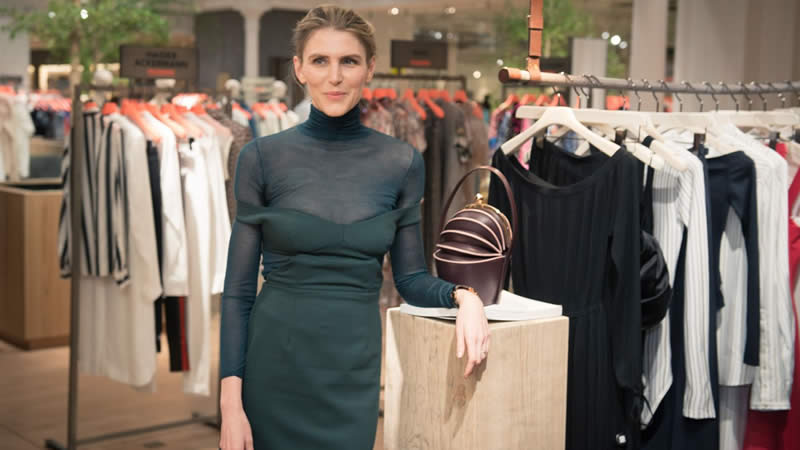 Kerby Jean-Raymond for Pyer Moss receives the American Menswear Designer of the Year.

Gabriela Hearst is the winner of the American Womenswear Designer of the Year at the CFDA Fashion Awards, which was revealed in a video by chairman Tom Ford at noon today on Runway360, CFDA’s new digital platform and CFDA’s social channels.

Hearst, who was born in Uruguay, has built a luxury women’s ready-to-wear and accessories business on the principles of timelessness, quality and sustainability. She was up against Ashley and Mary-Kate Olsen for The Row, Brandon Maxwell, Marc Jacobs and Tom Ford.

In accepting her award, Hearst thanked her fellow nominees and said, “I share this with my team, because vision without execution is hallucination. I also want to share it with my friends and family, we all know how much they sacrifice for us. But especially all other designers and creatives that are going through these times, we are all in this together.”

Winning the American Menswear Designer of the Year is Kerby Jean-Raymond for Pyer Moss.

Jean-Raymond, who founded his company in 2013, has based his narrative on his own heritage and activism. He was competing against Emily Adams Bode for Bode, Thom Browne, Todd Snyder and Tom Ford.

Christopher John Rogers was named American Emerging Designer of Year. Rogers, who has previously won a CFDA/Vogue Fashion Fund award, was born in Baton Rouge, La. He was competing against Kenneth Nicholson; Peter Do; Reese Cooper, and Sarah Staudinger and George Augusto for Staud.

Winning the International Women’s Designer of the Year is Pierpaolo Piccioli for Valentino. He bested Daniel Lee for Bottega Veneta; Dries Van Noten; Miuccia Prada for Prada, and Rick Owens.

Kim Jones for Dior is the recipient of the International Men’s Designer of the Year. He was up against Craig Green; Dries Van Noten; Jonathan Anderson for Loewe, and Virgil Abloh for Louis Vuitton.

This is the first CFDA Fashion Award for each designer in the four American categories, and represents the most diverse group of recipients in the 39-year history of the awards.

The 2020 Fashion Awards are sponsored by Klarna, the global payment and shopping service.

The CFDA Fashion Awards was originally scheduled as an in-person event on June 8, but was indefinitely postponed due to the COVID-19 outbreak. These awards serve as the CFDA’s largest fund-raiser for scholarships. In tandem with the 2020 winners’ announcement, the CFDA also disclosed the recipients of the 2020 CFDA Scholar Awards. This year, the program increased its annual student awards from $100,000 to $175,000 across seven eligible $25,000 scholarships.

The Liz Claiborne Design for Impactful Futures Scholar Award goes to Daniela Gutierrez Arreguin, Savannah College of Art and Design, and honorable mention is Rashida Birdlong of the Academy of Art University.