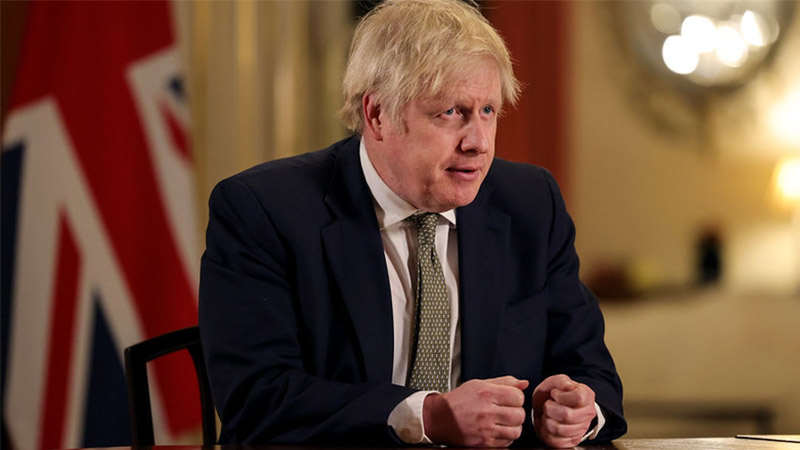 Boris Johnson is holding a Downing Street press conference this afternoon and is expected to reveal more about England’s route out of lockdown. A week after restrictions were last eased, the Prime Minister will address the nation and is due to outline more details on foreign holidays using a traffic light system, Covid vaccine passports, and lockdown rule changes. Although nothing will be confirmed until the press conference at 5pm, some of what Mr Johnson is expected to announce is already known – and there’s a lot of speculation about what else he might say. One of the main announcements will be on whether the planned next stage of lockdown easing on April 12 is going to go ahead.

From this date all shops are going to be allowed to open while pubs and restaurants can serve customers again outside. Previously Mr Johnson said this would happen no sooner than April 12 and was dependent on four key tests. New cases of the virus have remained steady since some socialising was allowed again on March 29, while deaths and hospital admissions have continued to fall. Here’s everything we know so far about what the Prime Minister is expected to say in the highly anticipated speech:

Update on roadmap out of lockdown

Boris Johnson outlined England’s roadmap out of lockdown back in February, and penciled in April 12 as a key date in the return to normality. He’s previously said he would give businesses a week’s notice before confirming when they can reopen so he’s expected to use the press conference to confirm whether this stage is going ahead. If the Prime Minister gives the green light, the next stage of lockdown easing is set to be the most significant yet. All non-essential shops could open again for the first time since early January and hairdressers and beauty salons will also welcome back customers. People will be able to drink and get food outside as pubs and restaurants reopen their beer gardens, while outdoor venues including zoos and drive-in cinemas can also get back up and running. Gyms are another highly anticipated part of the economy which will start up again. Self-catered holiday accommodation will reopen, meaning families who live in the same household together can take trips together. The number of people allowed at wedding receptions is being expanded to 15.

It’s expected the Prime Minister will also give more detail on when people may be able to go on holiday abroad again. Currently it’s illegal to travel to foreign countries, unless it’s for an essential reason, and there are hefty £5,000 fines for anyone breaking the rules. The PM has previously said this would remain the case until at least May 17 but that was before a third wave of cases began to take hold across Europe. He has faced calls to push back any plans to loosen restrictions on holidays abroad but it’s thought the Government will introduce a traffic light system and Covid passports to allow some trips to take place. Countries given a green rating could include the United States and the Maldives because high numbers of their populations have been vaccinated. Under the proposed scheme, travellers to these places must take a test before and after flying. People coming back from amber countries will have to isolate for 10 days while the quarantine hotel system that is currently in place will remain for red zone countries.

Covid vaccine passports to be trialled

A review on whether the UK should use vaccine passports to aid the return to normality has been concluded and ministers are considering the next steps. Some more detail about how the controversial idea may be used in the UK could be announced at the press conference. It’s likely Brits will have to show proof of vaccination in order to travel to some foreign countries. But the passports could also be needed to gain access to other places as well including sports stadiums and festivals. The passports may be optional for hospitality businesses but many pub owners have said such a scheme would be unworkable.

Everyone to be tested twice a week

The Government has announced this morning that everyone in England will be able to access a free and rapid coronavirus test twice a week from April 9. The lateral flow tests, which can provide results in around 30 minutes, will be available to anyone, regardless of whether they are showing Covid-19 symptoms. Boris Johnson is expected to urge the public to make use of the testing during the press conference this evening. It’s hoped regular mass testing will ensure people aren’t carrying the virus asymptomatically as society starts to open up again.

George W. Bush and Laura Bush Explain Why They Married After Just 3 Months of Dating