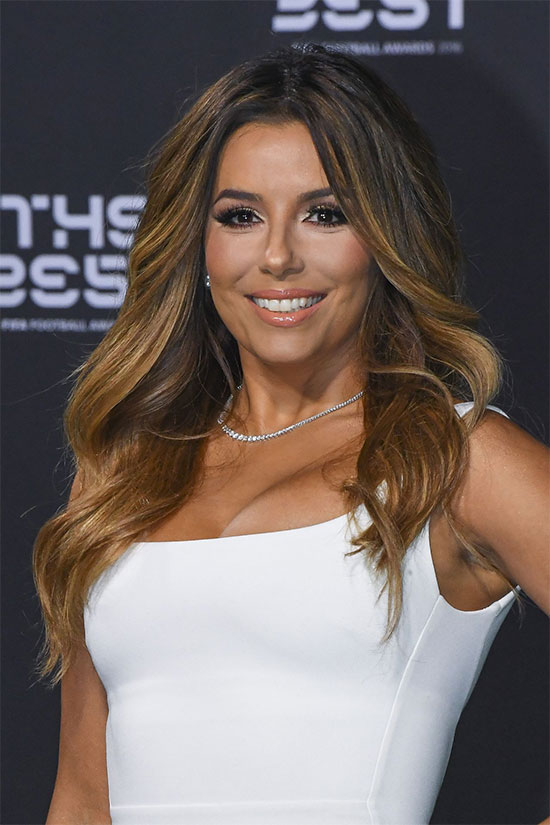 The former Desperate Housewives star started entering pageants during college, but when she first opened up to her mum about her dreams, she wasn’t supportive. “I grew up the youngest of four girls and I was considered the black sheep of the family,” she says in an episode of MAKERS. “People used to come up to my mom and go, ‘Your daughters are so beautiful and who’s this?’ I remember actually entering a beauty pageant in college and telling my mom, ‘I’m going to enter this pageant,’ and she goes, ‘Oh honey, are you sure you want to put yourself through that? You’re not gonna win’.”

Eva went on to win the Miss Corpus Christi USA contest in 1998 and was gifted with a trip to Hollywood. After arriving in California she subsequently landed a three-year contract to appear on The Young and the Restless, which eventually led to her breakout role in Desperate Housewives. “I remember sitting down at the first table read and going, ‘This is special, this is magical, I wonder if anybody else feels this,’ and everybody did,” she adds. “I don’t think I could have done it without Marcia (Cross) and Felicity (Huffman) because it was this runaway train that we were all on. I was always turning to Felicity and Marcia, who just took me under their wings and was like, ‘We’re going to stick together’…”

The show, which ran from 2004 to 2012, has opened up several opportunities for the actress in Hollywood including producing and directing. She also was inspired to start The Eva Longoria Foundation to empower Latin women. “My goal with my foundation was to arm Latinas with the ability to have economic mobility in life,” she says. “How do they get ahead? How do they become independent and education is key to economic mobility for women…”

The post Eva Longoria: ‘I was the Black Sheep in My Family’ appeared first on Womenz Magazine.

The Top 3 Things to Do in the United Arab Emirates