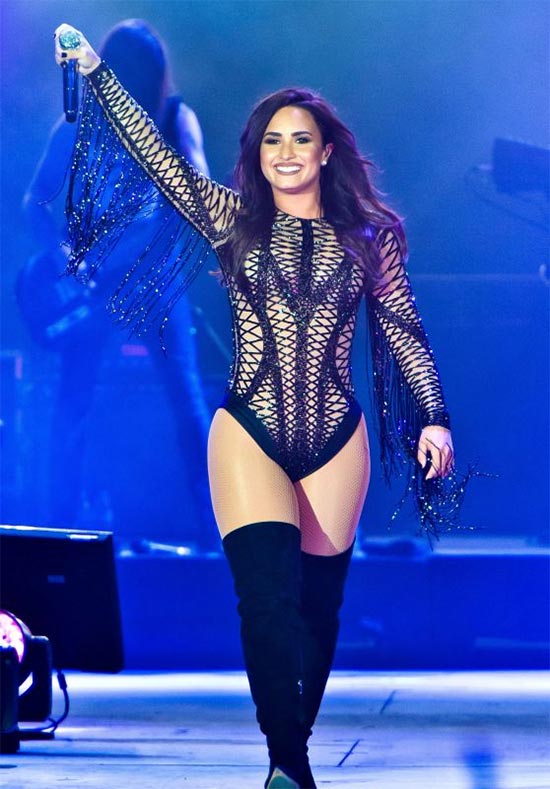 The singer was never a fan of the Republican and now her worst fears about his presidency are being realized. “@realDonaldTrump how about you stop dividing our country into two parties and unite us like a president should,” she wrote on social media, prompting legions of fans to support her.

Last year (16), Demi Lovato threw her support behind Trump’s Democratic opponent Hillary Clinton during the presidential election campaign and spoke at the Democratic National Convention. “I’m proud to support a presidential candidate who will fight to ensure all people living with mental health conditions get the care they need to lead fulfilling lives. That candidate is Hillary Clinton,” Lovato, who has battled her own mental health issues, said at the time.

Victoria and David Beckham’s Daughter Harper, 9, Is All Grown Up in International Women’s Day Video

Sister says she is proud of Britney Spears for speaking up