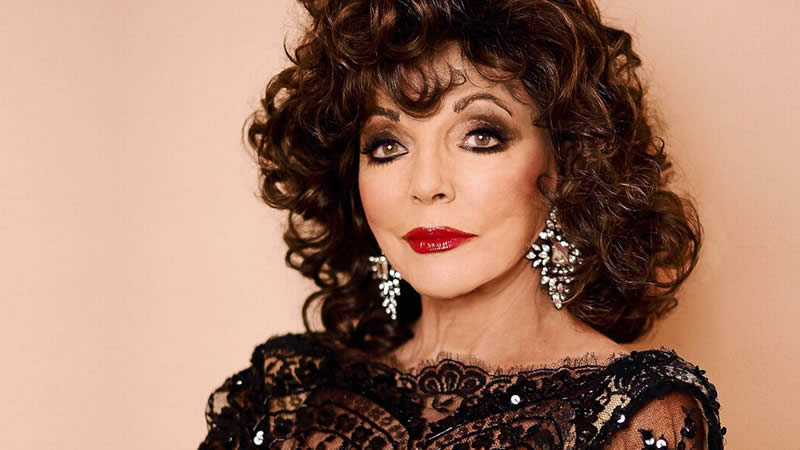 Dame Joan Collins felt like a “disease was on its way” at the start of the year.

The 87-year-old star – who lives with her husband Percy Gibson – revealed she had a sense of foreboding back in January and insisted on them returning to the UK from their home in Los Angeles.

She told HELLO! magazine: “I had a feeling that something was going to happen, that a disease was on its way.

“I started wearing gloves as protection and in restaurants I would wipe down the table and the cutlery.

“People would laugh at me, but I told Percy, ‘I think we should go back to England soon.'”

By the end of January, the World Health Organization declared the Covid-19 outbreak to be a global emergency, and the couple decided to move back to the UK in March, just two weeks before the government imposed the official lockdown.

She added: “I often sense things before they happen. Percy tells me I’m a witch.”

Despite being something of a social butterfly, Joan is glad she’s been with her man during the pandemic.

She said: “We’ve become closer than ever. Being in lockdown has made me realise how strong our relationship really is.

“I love entertaining guests at the villa, travelling and socialising, but that changed and because of the restrictions it’s just Percy and me. The great thing is we’re partners in crime, accomplices.”

Percy, 65, agreed with his wife, and he suggested he’d have been lost without her.

He admitted: “Being together is the best thing. I don’t think I could have survived the Covid situation with anyone except my wife.”

Meanwhile, the actress previously admitted she’s refused to watch the news during lockdown because she finds it “too depressing“.

The London-born star shared: “Hand in hand with physical health comes mental well-being. I’ll usually have the TV on but not the news. It’s too depressing.

“Percy and I have a rule that we’ll watch in the morning and catch up at 6pm. We might watch a movie, but it would be too easy to sit in front of the TV, so after work, Percy and I try to play a board game instead – usually Scrabble or gin rummy.”