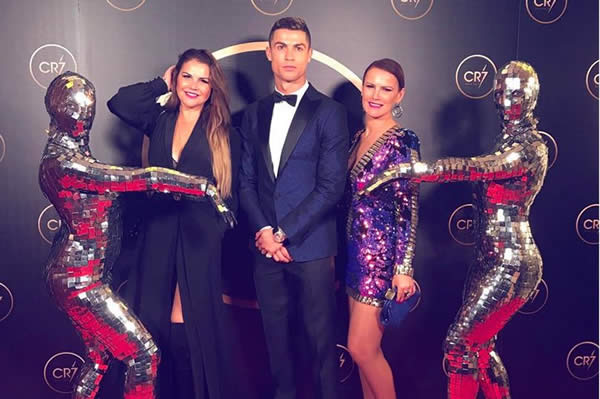 Cristiano Ronaldo’s sisters have reacted with fury after seeing him pipped to the Ballon d’Or by former Real Madrid teammate Luka Modric.

Elma Aveiro, 39, said the result showed the world was “rotten” and tainted by mafia and money.

A message that appeared on Elma’s social media in the aftermath of the announcement Modric had broken Ronaldo and Lionel Messi’s dominance of the prized trophy read: “Unfortunately this is the world we live in, rotten, with mafia and f******g money.

“The power of God is a lot greater than all this rottenness. God takes his time but he doesn’t fail.”

His other sister Katia posted a picture of Ronaldo after he won a previous Ballon d’Or and claimed in a message she posted alongside the photo: “Best player in the world….for those who understand football of course.”

Their messages received a mixed response from fans.

One said: “Cristiano came second. It’s being a bad sport to carry on the way you guys do.

“Congratulate the winner and hopefully Cristiano will win the next one.”

Winter Outfits Ideas You Can Wear on Repeat

Kelly Rowland Gets Candid About Being Compared to Beyoncé