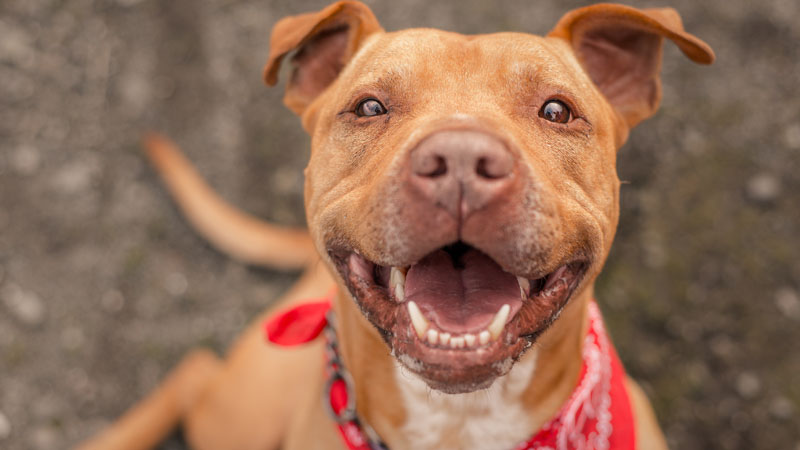 Pit Bull does not refer to a single breed, but a myth regarding dogs. This term is used for the cross-breed between Bulldogs and Terriers whose physical strength, agility, and obedience make them perfect companions. They were called “America’s Dog”  and the perfect family dog. Then, how people changed their perspective about them?

Let’s throw some light on the history of these dogs. In the 1800s, such dogs were the source of entertainment in a sport called “Bull Baiting” where they were set to stir a bull until exhaustion. They were also pitted against other animals like rats and fellow dogs, and it was not until later when the British Parliament Cruelty to Animals Act 1835 prohibited the use of dogs in cruel sports for entertainment.

Well, this dog is inherently dangerous, but this can be attributed to its unfortunate history and biased portrayal in the media. Below are some common myths about pit bulls:

1: Pit bulls are one single Type

The pit bull doesn’t refer to just one breed. Many other dog breeds are there varying physical attributes and characteristics. Terrier, American Staffordshire Terrier, and the American Bully are American pit bulls. They all have muscular built and almond-shaped eyes.

2: It’s unsafe to get a pit bull from a shelter

The dog was bred for specific purposes. Most rescued animals at the shelter lack these details, but that does not mean that the pit bull at the shelter will not make for a wonderful pet. Call your local animal experts and shelter volunteers and ask them a few things.

3: Pit bulls are Aggressive and Dangerous

In the 1800s, pit bulls were certainly considered to be aggressive, but it’s because these dogs were trained to be so. They were given punishments like electrocution, starvation, and beaten if they disobey their owners. These methods were also used to “toughen them up” and to train them to be ruthless. Inappropriately, pit bulls are still one of the most abused dogs in the world through laws that have been passed, only because of common dog behavior myths surrounding them.

Therefore, the owners responsible for their aggressive behavior, and not the dogs. We must remember that dogs follow the example, and they will replicate what they see, so we must be responsible dog owners if they want them to be gentle and caring.

As per Dr. Lehr Brisbin of the University of Georgia: “To the best of our knowledge, there are no published scientific studies that would allow any meaningful comparison to be made of the biting power of various breeds of dogs.”

Pit bulls were initially bred to jot down large animals, there are convincing practical details why such data telling ‘biting power’ can never be together in an expressive way. There is no proof of a “locking mechanism” unique to the structure of the jaw or teeth of the pitbull.

Pit bull brains have the same brains as other dogs. There is no evidence of the big brain and “go crazy” have any connection. This rumor in progress with the Doberman, and has since been saying about game-bred dogs in general. Pit Bull’s brain can swell if he has undergone a brain ailment and that would cause the animal to die.

6: Treadmills are only used to get dogs ready to fight.

As for humans, treadmills help exercise. Similarly, they help dogs to manage their energy levels when they can’t go outside, or in situations where off-leash exercise is not an option. Pit bulls are athletic beings and using a treadmill can help them become healthier and happier.

7: Adopt a puppy so you can train it to behave

Adopting a puppy is not a guarantee to get all the qualities desired in a pet. Rather, adopt a full-grown-up puppy to ignore the uncomfortable puppy stage. This includes constant housebreaking, uncontrollable energy, teething and biting as well as possible whining, howling, and barking for attention at night.

It’s also informal to see how adult dogs will react to other dogs, cats, children, car rides, and certain situations. Bringing a puppy up in the most loving and social environment can only alter its determined inherited urges so much. An adult Pit Bull, though, will have more of a recognized character, and pet landlords would know what to expect.

8: Pit bulls are only good for single-pet homes

The Humane Society of Harrisburg Area says: “Individual personalities play a large part in successfully managing an environment with more than one dog (of any breed), but spaying/neutering, obedience training, an appropriate level of exercise, and a firm hand will go a long way to successfully integrate multiple dogs into your home.”

People falsely assume that most pit bull landlords are tangled in crime. While it is factual that some pit bulls have fallen into the hands of owners who use them to support their illegal activities, many reputable people own pit bulls including teachers, doctors, business executives, celebrities, and even former presidents.

10: Pit bulls’ Ears Must be Cropped

Pit bulls look sturdy and dangerous, but they are soft and sweet pets that are true to their owners forever. These common dog myths about pit bulls will certainly continue for the next few years, but we should raise mindfulness and cooperatively remove these fallacies in the future.

Donald Trump Used to Buy the Kind of Toys Barron As A Child, Inside Source Explained