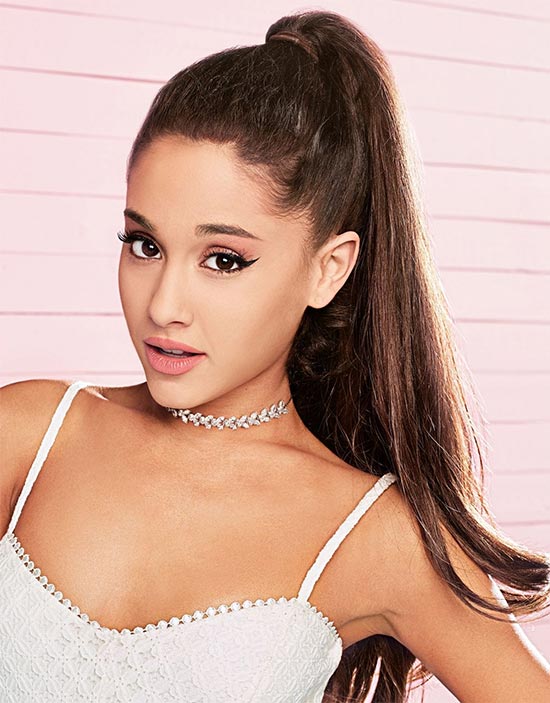 The Problem hitmaker has been a fan of the Material Girl singer since she was young, but she explains her adoration for her goes beyond music. “I have the utmost respect for that woman,” she tells Cosmopolitan magazine. “I love her with every ounce of my being, and not just because I’m obsessed with her entire discography. I’m so inspired by her bravery and her strength. I can look at her and not be scared to be strong.” And being a strong woman is important to Ariana Grande because she wants to show women can be powerful and respectful. “A lot of times, women are labelled as a b**ch or a diva for having a vision and being strong and using their voice, and it’s just not the case,” she says.”You can be strong and be friendly.

(We) don’t have to be just one In Januarything.” In January (17), the 23-year-old paid tribute to the strong women in her life by joining the Women’s March with her mother and grandmother. “I’m so excited to march with these two incredible ladies tomorrow!” the Bang Bang hitmaker captioned a sweet snap of the three of them together. “I can’t wait to share this #womensmarch with the strongest women in my life and with all of the other strong, beautiful, unique, empowered, brilliant, amazing women out there who are marching as well!” The Women’s March on Washington raised awareness to support women, minorities and the LGBTQ (Lesbian, Gay, Bisexual, Trans and Queer) community throughout U.S. President Donald Trump’s administration.

The post Ariana Grande: ‘I Look to Madonna for Strength’ appeared first on Womenz Magazine.