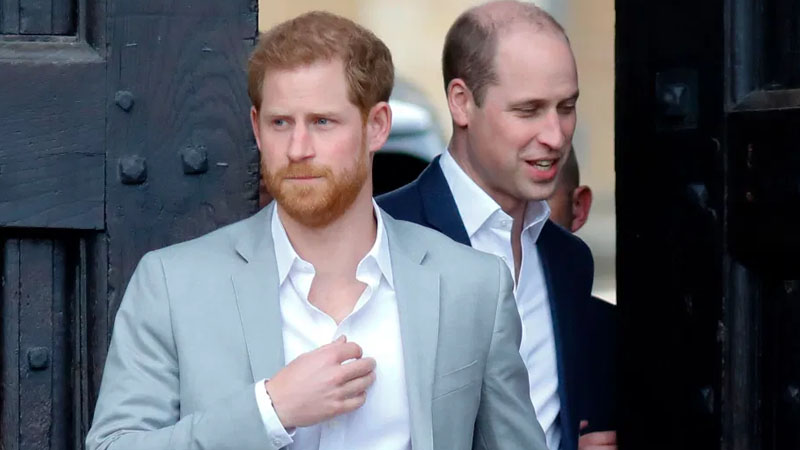 Harry might reveal ‘inappropriate’ information about the Royal Family. It is claimed by a royal expert that in Harry’s memoir, Prince William will come out ‘worst of all’ as The Duke of Sussex going to release his autobiography next year.

But, if that’s the case, would it only drive the brothers more apart? The book’s contents may have the greatest impact on his older brother – according to Ingrid Seward.

“William is probably the one that will come out of this worst of all because there is a row between William and Harry and basically if Harry says things that are inappropriate about the monarchy, that is William’s future.” “It’s not Harry’s future, he is out of it now, but it is William’s future.”

“It is his son and how hurtful can it be for him to hear Harry say that his father hasn’t been a great father – which is more or less some of the things he has already said.” – the royal reporter added.

This month, Harry announced about his forthcoming book through a formal statement by saying:

“I’m writing this not as the prince I was born but as the man, I have become.

“I’ve worn many hats over the years, both literally and figuratively, and my hope is that in telling my story – the highs and lows, the mistakes, the lessons learned.

“I can help show that no matter where we come from, we have more in common than we think.”

In the meantime, it’s been reported that Harry’s old friends, particularly those from Eton and the Army, are worried about his planned memoir. If Harry recalls their embarrassing past stories, they are intended to disclose Harry’s secrets.

According to Entertainment Daily, Harry’s unknown friend told the Mail On Sunday:

“It feels very hypocritical given Harry chucked people out of his friendship group for talking to the press.” “There is a fear that he’s going to reveal details of his hedonistic youth which some worry will play havoc with their careers and personal lives.”

“If Harry slams any of his old school and military buddies in his new book they have pledged to break ranks to tell their story.” – another report added.

8 Trending Dresses That Will Up Your Style Game

Harry And Meghan’s Statements While Leaving the Palace Were Fake Promises?