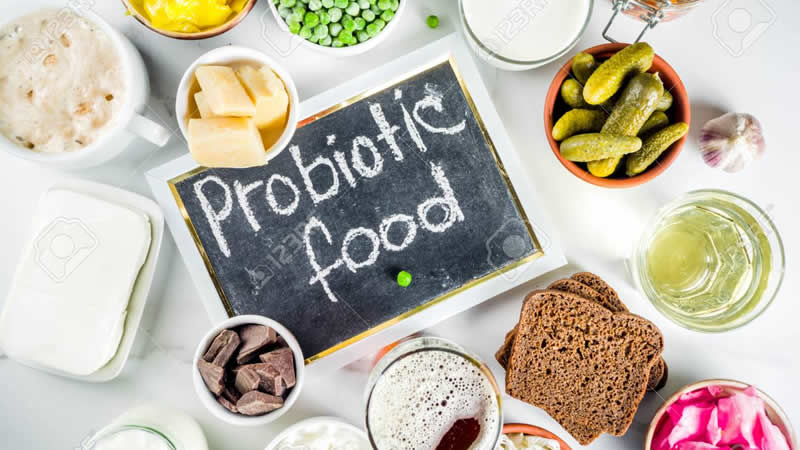 We live in a world where many of us are trained to carry around scented hand sanitiser to fight off bacteria. But not all bacteria are created equal, and some are actually good for you. The most famous “good” bacteria are known as probiotics, which many nutrition experts — such as Erin Palinski-Wade, RD and author of 2-Day Diabetes Diet — tout as being good for your gut.

“There are hundreds of strains of good bacteria, including probiotics, with each having a different impact on the body and health,” Palinski-Wade says. “Some of these beneficial bacteria aid digestion, whereas others can impact the immune system or fight against dangerous bacteria that can cause infections such as strep throat and gingivitis. Others can even impact mood.”

The jury is still out on probiotics in general. Specifically, scientists still don’t know for certain whether it’s better to eat probiotic-heavy foods, or pop supplement pills, according to Bethany Frazier, RD, Founder of The Kansas City Dietitian. “I usually recommend both,” Frazier says. “Probiotic foods seem to provide more of a nourishing element to the bacteria already present. But probiotic supplements have the potential to actually shift the number and type of bacteria in the gut.”

Palinski-Wade agrees a mix of both probiotic foods and supplements might be beneficial, but if you do take a supplement, you should understand the reason you want to take the probiotic to help you identify which forms of bacteria would be best for you.
Eating probiotic foods — and just having a diverse palate in general — is good for your overall gut health, says Keri Gans, MS, RDN, CDN, and author of The Small Change Diet. “Having diverse food in your diet is important to overall gut health, especially high-fiber fruits and vegetables, as they can support a greater diversity of microflora in your GI tract,” she says. “But what matters most is the regularity of which you consume probiotics since daily is recommended.”

So, armed with this information, how can you weave more probiotics into your diet? Here are a few probiotic-rich foods you can add to your routine, according to the nutritionists we spoke with.

This probiotic-heavy food is made by adding live yeast cultures called kefir grains to milk. It is similar to yogurt, an, according to Healthline, it specifically contains a probiotic called Lactobacillus kefiri, which protects your stomach from more harmful bacteria.

It’s more than just a type of soup. Miso paste is generally a fermented mixture of soy beans and koji, which is a kind of mould that grows on rice (it’s safe, we promise), according to Bon Appétit.

The San Francisco Chronicle notes that it “contains millions of microorganisms similar or identical to those beneficial bacteria that live in your large intestine.” Sometimes science can be delicious.

This specialty food is basically fermented cabbage. During the fermenting process, the live bacteria are produced, which can have gut benefits, The BBC reported. As a bonus, it’s a great source of fibre.