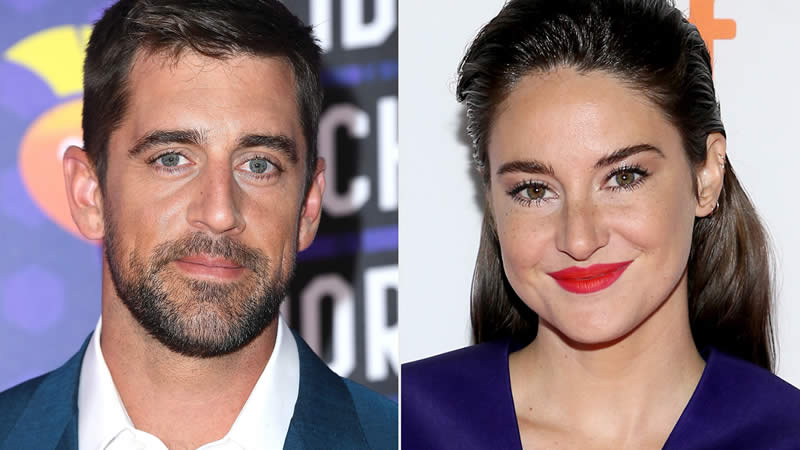 Big Little Lies star Shailene Woodley has confirmed she is engaged to NFL quarterback Aaron Rodgers. Woodley, 29, met the athlete during the pandemic and revealed they have been engaged “for a while”. Rodgers, 37, plays for the Green Bay Packers and is widely considered one of the NFL’s greatest-ever quarterbacks.

Shailene Woodley has confirmed she is engaged to NFL star Aaron Rodgers (John Stillwell/PA)
During an appearance on Jimmy Fallon’s Tonight Show, Woodley said: “For us, it’s not new news. So it’s kind of funny. Everybody right now is freaking out over it and we’re like, ‘Yeah, we’ve been engaged for a while.’”

Woodley, also star of films Snowden and The Mauritanian, described Rodgers as a “wonderful, incredible human being” and joked she did not expect to date an athlete.

She said: “But I never thought I’d be engaged with somebody who threw balls for a living. Like, I never thought as a little girl, I was like, ‘Yeah, when I grow up, I’m gonna marry someone who throws balls! Yeah!’ But he’s really just so good at it.”

And US actress Woodley, who won critical acclaim for her portrayal of a sexual assault survivor in the HBO drama series Big Little Lies, revealed she has never attended an NFL game.

She said: “We met during this whacky, whacky time and all the stadiums were closed that he was playing in, so I have yet to go to a football game.

“I didn’t really grow up with sports, especially American sports. It was never really on my radar. When we met, also, I knew he was a football guy, but I didn’t know like what kind of a football guy he was. And I’m still constantly learning.”