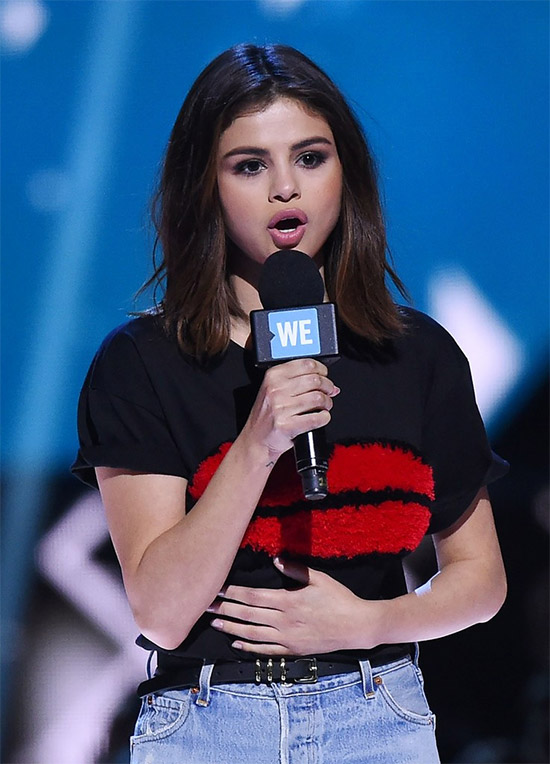 During an interview with Miami’s Power 96.5 FM on Thursday, the 24-year-old singer gave fans a rare look at what she’s like as a girlfriend. “I’m the kind of girl that loves tremendously big. I just have always been that girl,” she said. “I will give my heart and my soul to the person that I love. It’s just how I operate. With that comes a lot, you know?” Although she didn’t mention her beau directly, the 13 Reasons Why producer finally verbally confirmed she was happily taken. In honor of Gomez’s latest single “Bad Liar,” the singer was asked to share her last little white lie. “I was planning a trip and I was saying, like, ‘I’m going to leave,’ but I was trying to get somebody really cute to tell me to stay,” the Texas-bred songstress shared. Of course, we all know the Mexican-American beauty is lowkey referring to her boo, The Weeknd.

The Wizards of Waverly Place alum, who recently made her music comeback following her break from the spotlight to deal with symptoms of Lupus, also revealed she is done trying to please everyone. “I think I spent too much time worrying about what other people have said about me. I just don’t have anything left,” she said. “All my energy goes to the people I love and wanting to make things that make people feel something. So if I make you feel something and that pisses you off, I think that’s the goal. I made you feel something.” SelGo and the Canadian singer first made headlines when they were spotted kissing outside Giorgio Baldi in Santa Monica back in January. Back in early May, the lovebirds made their red carpet debut at the 2017 Met Gala.

The post Selena Gomez Opens Up About Her Relationship With The Weeknd appeared first on Womenz Magazine.

Victoria Beckham is a Nervous Wreck Ahead of Fashion Shows