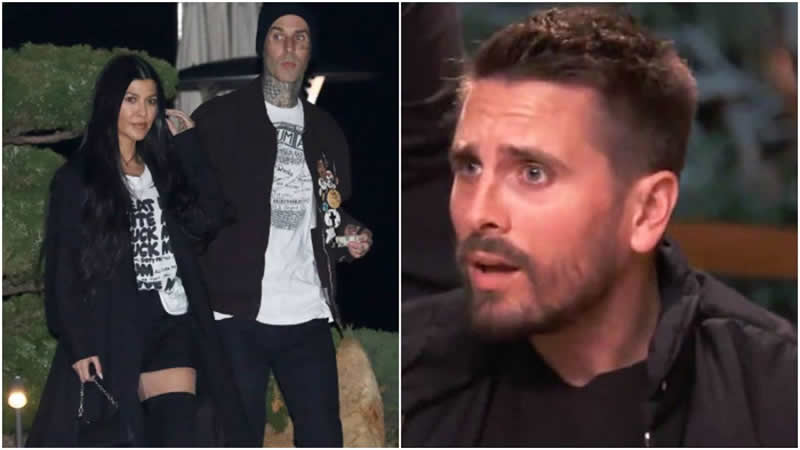 Scott Disick is struggling in coming to terms with the fact that Kourtney Kardashian’ has moved on with Travis Barker.

Although the two exes try to remain cordial, it is still heartbreaking for Scott to see his former ladylove in a serious relationship.

This is the reason he is trying to maintain his distance.

“Scott has really distanced himself from Kourtney recently,” a source close to Disick told E!News this week. “Of course they are still cordial when it comes to the kids, but they aren’t hanging out as much or doing things as a family. The communication has become strictly about the kids.”

“It’s uncomfortable for Scott to see Kourtney in a serious relationship, although he knew this day would come,” a source added.

“He is glad she is happy, but it’s definitely been hard on him. He doesn’t like to bring it up and it’s a weird convo for him. At one point, the family was really encouraging Scott and Kourtney to try the relationship again and it’s a bit of an eye opener for him, that it’s truly never going to happen.”

Earlier, another source told E! News, “Before Travis, Kourtney and Scott were together a lot and of course, now that has changed. Scott has always held out hope that he and Kourtney will end up together and this is the first time he feels like someone else might prevent that. He doesn’t want to see or hear about it, but he’s trying to deal with it as best as he can.”