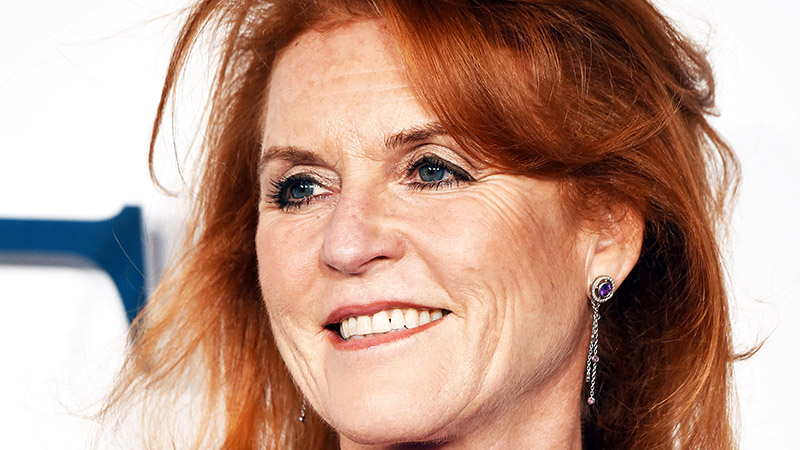 Duchess Sarah Ferguson recently spoke to Town & Country got candid about the royals! In the interview, the Duchess, who is the ex-wife of Prince Andrew and the mother of Princess Beatrice and Princess Eugenie, revealed that she had not only seen Netflix’s The Crown but also praised its depiction of her marriage to her ex-husband.

The royal further revealed that she even offered some advice to the show’s makers about where the show should take her character. Sarah said that she was slightly disappointed she wasn’t featured more heavily in the show, joking, “Hello? Where is Fergie?” So she reached out to executive producer Andy Harries via email and offered her help. “I said to him, ‘Why can’t I help my character?’” she revealed, adding that The Crown ultimately didn’t take her up on her offer.

If you missed it, just this week, Sarah got candid about not being a part of Prince William and Catherine’s wedding back in 2011. “I didn’t think I was probably worthy to go to their wedding. I took myself to Thailand, actually, to be far away from it so that I could try and heal.” When she and Prince Andrew divorced, she was stripped of the “her royal highness” title but kept the Duchess of York title.

The magazine also stated that the decision to not include her as a guest is something she never “fought nor resented.” She did receive an invitation to the 2018 nuptials of Prince Harry and Meghan Markle. “It was very kind of them, and I can’t thank them enough for doing that because it was nerve-wracking,” she said.

How To Look Stylish In Rain Boots