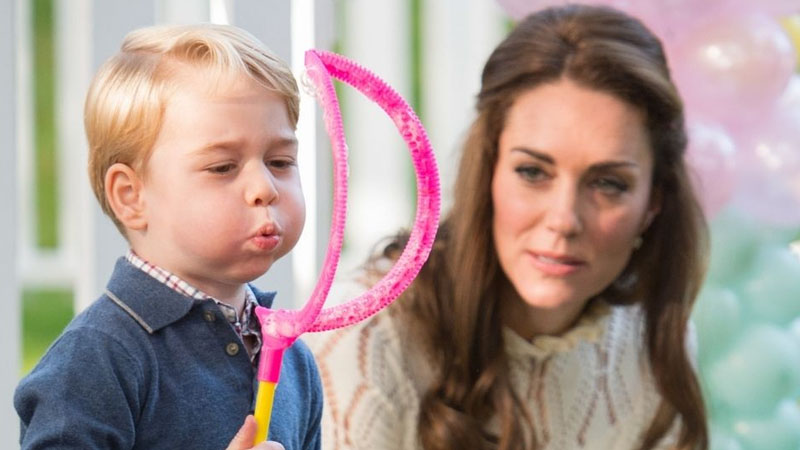 They may hold the titles of little princes and princess, but William and Kate Middleton are the first to admit that behind closed doors, their children – Prince George, seven, Princess Charlotte, six, and Prince Louis, three – can be just any other kids: quite a handful at times!

“They’re very cheeky,” Prince William told ITV documentary A Planet for Us All last year, adding that his little rascals love nothing more than rough-and-tumble rambling and exploring the wonders of the countryside.

“They find a bug or they love watching how bees are forming the honey,” William said. “George particularly, if he’s not outdoors, he’s quite like a caged animal. He needs to get outside.”

A real little social butterfly, it’s chatty Princess Charlotte who usually has the whole family in fits of laughter.

“Charlotte can floss,” William said of her skills with the popular dance trend.

He also revealed that the confident and cheeky youngster, who loves to cook, and eats olives, has a bossy streak to her.

Meanwhile, proud mum Duchess Kate recently admitted she can barely keep up with the smallest of the Cambridge clan, Prince Louis, who has a fascination with tractors.

“Louis has gotten so big now – he’s very quick running around,” the duchess explained. “He’s on his little scooter as well. He’s very quick. I can’t keep up with him!”

For centuries, the nanny has been considered an important figure within royal households. From caring for a future monarch to witnessing what really goes on behind palace walls, it’s a position of the utmost privilege.

When Prince George was born in 2013, the Duke and Duchess of Cambridge recruited their own real-life Mary Poppins, nanny Maria Teresa Turrion Borrallo. According to the author and social historian Louise Heren, who spent 12 months researching the prestigious Norland College where Maria trained before landing the coveted role, George, Charlotte, and Louis are happy and content in Maria’s care.

“[But] there will be no messing,” Louise told The Sun of Maria’s no-nonsense approach to looking after the tiny royals. Louise even credits Maria for the Cambridge children’s good manners, revealing that she would have taught the trio how to be on their best behavior, especially when out and about on official engagements, accompanying their parents.

“Maria will be aware that as they step off planes, holding Mum’s hands, smiling and waving to the crowds, there can’t be any crying or tantrums,” Louise explained.

“She’ll say [to them]: ‘This is your opportunity to show Mummy and Daddy just how wonderful you are, and you are to smile and be really good for them, and then we can go inside and play.’ ”

However, as all parents with little ones can attest, keeping the children in line isn’t always straightforward!

“Her (Maria’s) job is to keep them happy, safe and well, but equally they need to be presentable and well-behaved when they are on parade,” Louise added. “If the children have traveled on royal engagements, it will be jolly difficult getting the kids to bed because of the excitement and the timetable of events. When you see William and Kate go off to a function and the children aren’t with them, they will be having naptime.”