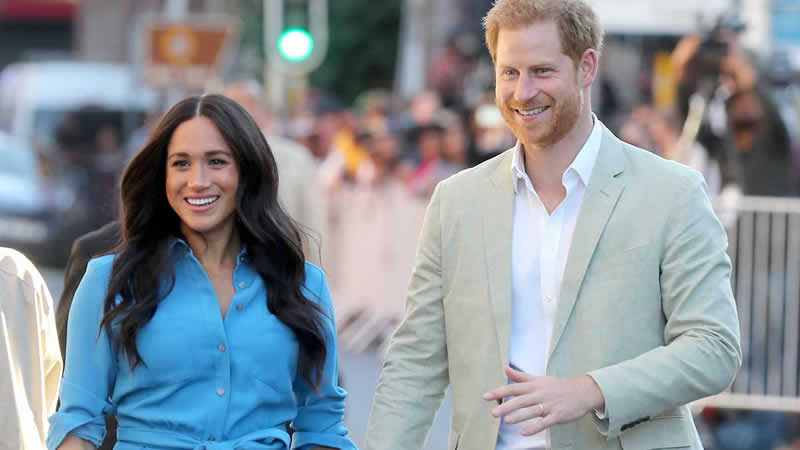 Senior aides at Buckingham Palace have reportedly called on the Duke and Duchess of Sussex to give up their titles after Prince Harry’s latest tell-all interview in the United States (US).

Senior courtiers are reportedly furious following the Duke’s ‘shocking’ interview with actor and podcaster Dax Shepard in the US last week.

In the 90-minute conversation, Harry suggested Prince Charles passed down his childhood ‘suffering’ via his parenting and said he and Meghan moved to Montecito in California to ‘break the cycle of genetic pain’.

“When it comes to parenting, if I’ve experienced some form of pain or suffering because of the pain or suffering that perhaps my father or my parents had suffered, I’m going to make sure I break that cycle so that I don’t pass it on,” Harry told Dax Shepard.

“People are appalled that he could do this to the Queen when the Duke of Edinburgh is barely in his grave,” one aide told the outlet. “To drag his grandfather into this is so shocking and disrespectful.
“The Duke of Sussex has now spent a significant amount of time emphasizing that he’s no different to anyone else and attacking the institution which he says has caused him so much pain. There is a growing feeling that if you dislike the institution that much, you shouldn’t have the titles,” the aide said.

Another source told the Mail, “They should put the titles into abeyance, so they still exist, but are not used, like they agreed to do with their HRHs. They should just become Harry and Meghan. And if they refuse to do that, they have to explain why not.”

The 36-year-old says he and Meghan, who are expecting their second child, moved to the millionaires’ enclave of Montecito in California to break the cycle of ‘genetic pain’.

“He’s treated me the way that he was treated,” he said of his father. “There’s a lot of genetic pain and suffering that gets passed on anyway. Isn’t life about breaking the cycle? There’s no blame. But certainly when it comes to parenting, if I have experienced some kind of pain or suffering because of the pain or suffering that, perhaps, my father or my parents had suffered, I’m going to make sure I break that cycle so I don’t pass it on.”

“I’ve seen behind the curtain,’ he added. “I’ve seen the business model. I know how this operation runs… I don’t want to be part of this.” A Royal aide added: ‘If that is what he truly believes then why not give up the titles?’

His latest comments could complicate chances of a reconciliation with his father and Prince William following the fallout from the explosive Oprah interview in March.