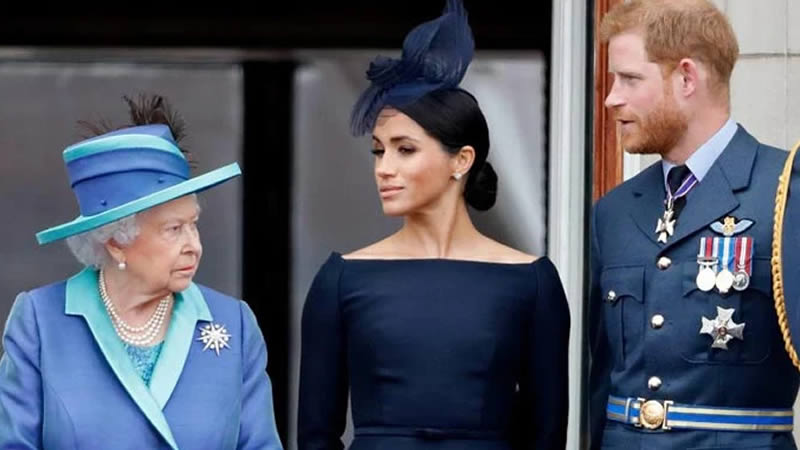 Even though rumors of tension between royals thicken, Queen Elizabeth is reportedly not going to strip Prince Harry and Meghan Markle of their titles and would allegedly prefer to ignore them. A royal expert Ingrid Seward recently spoke to The Express and detailed explained why she doesn’t think the Queen would want to take away the duo’s titles.

For those unversed with this royal tea, the duo stepped down as senior royals in January 2020 and still have the titles the Duke and Duchess of Sussex, however, they said they would not use the HRH style at the time of stepping down.

Since January, the couple moved out of the UK and moved into their new home in California, they’ve also welcomed a daughter since then. And dropped a few explosive truths detailing their exit. Back in March, the couple spoke to Oprah Winfrey about their time in the royal family which revealed multiple shocking details about their exit.

Last week, it was announced that Harry would be releasing an “accurate and wholly truthful” memoir about his life, which is said to have created a “tsunami of fear” in royal circles. On this news, Seward told Express: “I don’t think removing the titles would make much difference and it would look very petty.

I also don’t think it is something the Queen would want to do at this stage of her reign. It would be far more insulting just to ignore them.” “Even excluding them from the Jubilee next year gives them ammunition to criticize the monarchy,” Ingrid added.

While they kept their titles, the couple still had to part with Despite retaining their honorary military appointments and some patronages when stepping back from royal duties last year.