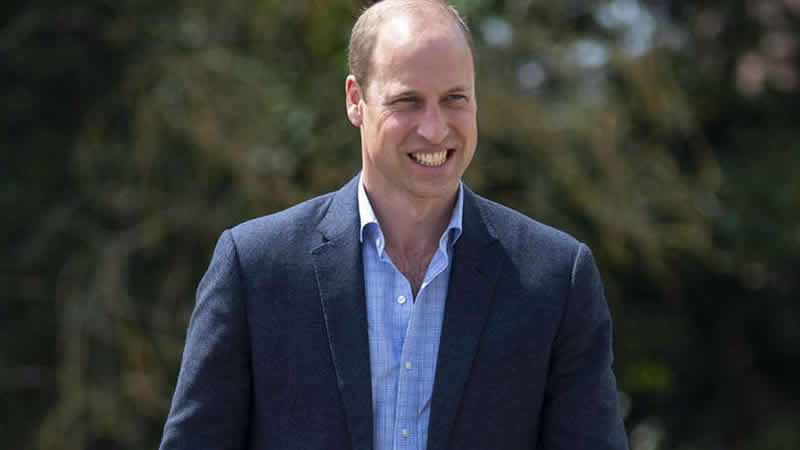 The 99-year-old husband of Queen Elizabeth II passed away peacefully last week, and it has now been reported that his grandson Prince William and his wife Catherine, Duchess of Cambridge, have been breaking the news to their three young children – Prince George, seven, Princess Charlotte, five, and Prince Louis, two – as “gently” as possible.

A royal insider told Us Weekly magazine: “William told George, Charlotte and Louis that Prince Philip has ‘gone to heaven’ and ‘is an angel now’. They’re still so young so he and Kate wanted to let them down gently.

“Naturally, the children are very upset, particularly George and Charlotte. Louis is still very young and had only met Prince Philip a couple of times.”

The news comes after William, 38, released an official statement on the passing of his grandfather.

He said: “My grandfather’s century of life was defined by service – to his country and Commonwealth, to his wife and Queen, and to our family.

“I feel lucky to have not just had his example to guide me, but his enduring presence well into my own adult life – both through good times and the hardest days.

“I will always be grateful that my wife had so many years to get to know my grandfather and for the kindness he showed her.

“I will never take for granted the special memories my children will always have of their great-grandpa coming to collect them in his carriage and seeing for themselves his infectious sense of adventure as well as his mischievous sense of humour!”

He added that he and his wife, Catherine, would “continue to do what he would have wanted and will support the Queen in the years ahead”.

Meanwhile, William previously said he is keen for his children to “talk about their emotions”, as part of his continued work to make mental health less taboo.

In 2017, he said: “Catherine and I are clear that we want both George and Charlotte to grow up feeling able to talk about their emotions. For too long there has been a taboo about talking about some important issues. If you were anxious, it’s because you were weak. If you couldn’t cope with whatever life threw at you, it’s because you were failing. Successful, strong people don’t suffer like that, do they? But of course – we all do.”