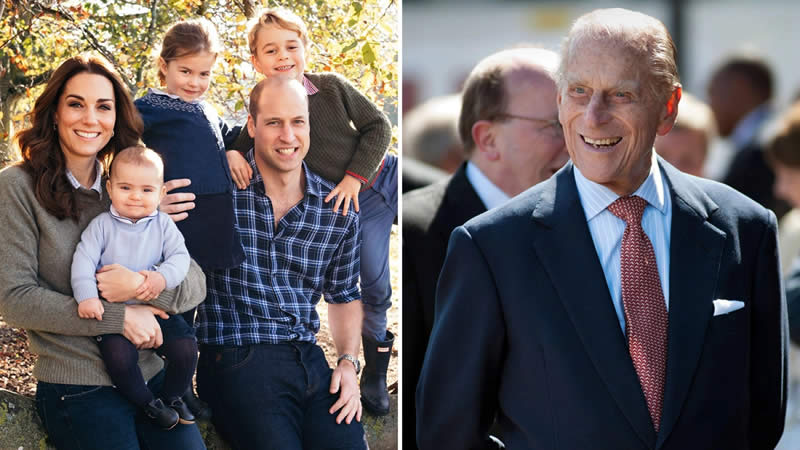 Prince Philips is no more longer with us he was dead last Friday 9 April 2021. From his death a new topic ready for debate, either their grandchild should be part of his funeral or not. Ingrid Seward, author of A Man of His Century on Prince Philip, she says; He wasn’t so traditional like his other family member from his opinion he didn’t want their grand chilled be a part of his funeral “He wouldn’t want young children racing up and down the aisle,” “[He thought] you can never go wrong if you follow convention.”

From the death of Princess Diana, when it was asked to both of her sons to share their experience (behind the coffin) according to prince William said in 2017 that walking behind his mother’s coffin was “one of the hardest things I’ve ever done in my life”. His younger brother, Prince Harry, once said walking behind his mother’s coffin at such a young age was something no child to do “should be asked to do” but later it was clear from a family he is “very glad” to attend his mother funeral.

But Princes William and Harry that day walked with their grandfather. A terrible crowd of the public in this morning, Prince Philips reportedly deeply concerned about the emotional wellbeing of his bereaved grandsons, when they are 15 and 12. “I’ll walk if you walk,” he told them at a dinner before the funeral. And, of course, he kept his word and do this.

Duke’s 10 great-grandchildren, who include Prince George, Princess Charlotte, and Prince Louis, will do not attend his great grandfather’s funeral. Because they not at a good age to do this.

Much debate was subsequently had come, regarding the rights and wrongs of allowing children to be part of a public funeral.

According to Ingrid Seward, “I don’t think there’s any point in them being there, because they wouldn’t understand what was going on,” she says. “The Royal family are completely traditional, and even without covid 19 restrictions which are (funeral remain limited to 30 persons), young children wouldn’t be there.

Patrick*, 36 years old, from Leeds, whose grandmother was died in 2019, says, I decided I didn’t take any of his three children, they are all under the age of 10, and the funeral as they would have required a lot of attention during it, and wouldn’t have benefited from being there. “We talk about their great-grandmother with them a lot, and help them remember her in other ways except taking them to a funeral,” he says. “But had they been present at her small funeral, all my attention would have been diverted to looking after them, when it was important for me to concentrate on saying goodbye properly to my grandfather.”

On the other hand, Sue Gill, a volunteer with Cruse Bereavement Care, says: “We encourage children to go to funerals from the age of five to onwards because they need to go through the same act we do and say goodbye from their own hands to their lovers so they remember them always. Most funerals are not particularly too long, and you can say to your children: ‘Look, it’s going to be sad, we’re going to say goodbye to grandad and say a prayer (and maybe sing a hymn).’ There are also lots of books you can read to the child and help them to prepared for the funeral.

“Not taking them doesn’t necessarily protect them, because it binds into that thing instead of talking them about what’s going on.”