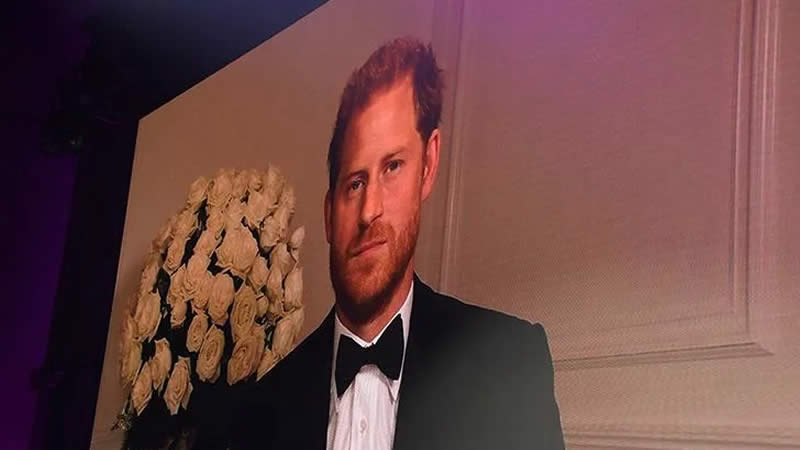 Duke of Sussex Prince Harry made an unexpected appearance at the 2021 British GQ Men of Year Awards on Wednesday.

British vaccinologist and Professor Dame Sarah Gilbert, Dr. Catherine Green, and the rest of the Oxford Team who helped to create the AstraZeneca COVID-19 vaccine were presented with an award by the Duke of Sussex, who spoke virtually from his home in California – as per Archewell.

“I’m deeply honored to be introducing our final awardees, who you’ll immediately recognize for their landmark contribution to the fight against COVID-19,” Harry said in his speech as per GQ. “Their breakthrough research on the Oxford Vaccine has brought the world one of our greatest tools for achieving vaccine equity. Until every community can access the vaccine, and until every community is connected to trustworthy information about the vaccine, then we are all at risk. That’s a common refrain my wife and I have heard in convenings with vaccine experts, heads of industry, community advocates, and global leaders.”

He ended the speech with, “Thank you, again, to Professor Gilbert and Doctor Green, who The Guardian called ‘Two ordinary people who managed to pull off an extraordinary feat while dealing with the everyday stresses that come with being full-time mums and breadwinners in a notoriously insecure and poorly paid field.’ But tonight, we’re not honoring two ordinary people. These are two exceptional people—with a remarkable team—who are a bulwark of humanity.”

The 36-year-old Prince Harry looked dapper in a black velvet tuxedo for the event, which took place at the Tate Modern in London. Welsh actor Anthony Hopkins, American film filmmaker Quentin Tarantino, Regé-Jean Page, and singer-songwriter Ed Sheeran were among the other (in person) attendees.

We love it when the Duke of Sussex makes a surprise appearance, especially when tuxedos are involved.

Kate Middleton Hopes Prince Harry and Meghan Will Come Back To The Family Soon!