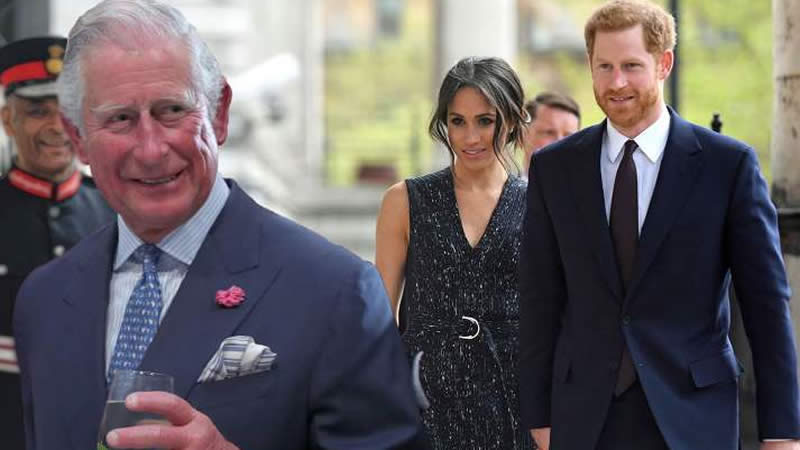 Prince Charles was reportedly kept in the dark about Prince Harry’s announcement on his relationship Meghan Markle until minutes before they went public.

Harry and Meghan first went public with their relationship in November 2016.

Following weeks of speculation, the Duke of Sussex released a statement confirming the news.

In the statement, he hit out at media coverage of his relationship stating that there had been ‘racial undertones’.

At the time of the announcement, Prince Charles was on tour in the Middle East.

It is reported that he had hoped that the tour would receive a lot of media coverage.

According to the new tell-all book, Finding Freedom, Prince Charles was ‘crushed’ to learn of Prince Harry’s statement about Meghan Markle 20 minutes before it was made public.

The book reveals: ‘It was a critical moment that had been in the works for months.

‘A statement from Kensington Palace condemning the Press and, in the same breath, confirming Harry’s new girlfriend would all but eliminate coverage of Prince Charles’s tour of the Gulf.’

The authors went on to explain that although Prince Charles was ‘disappointed’ about the timing, he ‘understood that the situation with Meghan [Markle] had reached a tipping point’ and Harry had to make a statement.

Finding Freedom also explained the drama behind the alleged rift between Prince William and Prince Harry.

The book claims that Harry went ‘ballistic’ when Prince William asked him was he sure about marrying Meghan.

According to the authors, the incident followed a previous interaction between the brothers in which William said: ‘Take as much time as you need to get to know this girl [referring to Meghan]’

The authors claim Harry found his brother’s choice of the words ‘this girl’ to be condescending.