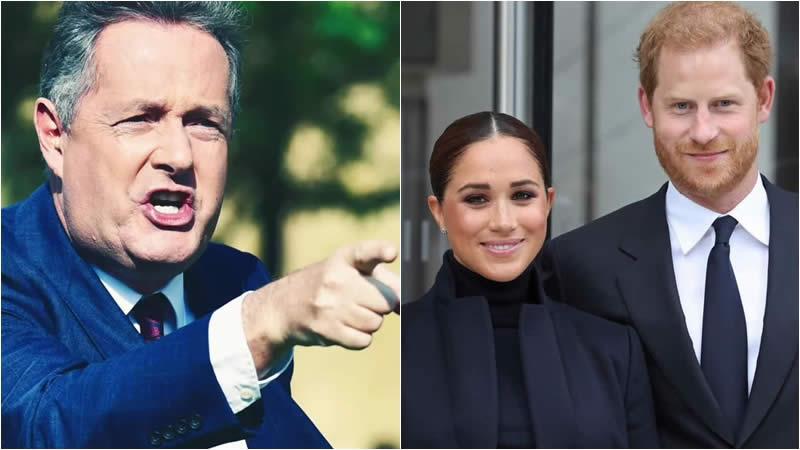 English broadcaster and journalist Piers Morgan does not seem to show any mercy on Duke of Sussex and Duchess of Sussex as he has taken another savage swipe at them in his latest column.

The former Good Morning Britain (GMB) presenter has branded the Duke and Duchess of Sussex ‘the world’s most toxic royals’ and accused them of ‘polluting hypocrisy’.

In his latest piece of writing, Morgan hit out at their “laughable mission statement to put ‘compassion into action,’ while never missing a chance to spew unsubstantiated abuse about their own families that they persistently trash and disown”.

The controversial TV personality teased his new column on Twitter Monday, later calling the pair “the world’s most toxic royals”

“NEW COLUMN We need an urgent vaccine to save us from the Duke and Duchess of Polluting Hypocrisy – and their cynical campaign to set up a rival money-grabbing renegade Royal Family,” he wrote.

He recently quit Good Morning Britain after he refused to apologize for criticizing Prince Harry’s wife Meghan Markle on the show.

Piers Morgan also accused the couple of “gleefully milking their royal titles with the obscene greed of a sounder of swine” while “loathing” the monarchy, and attempting to make themselves “repulsively rich and famous”.