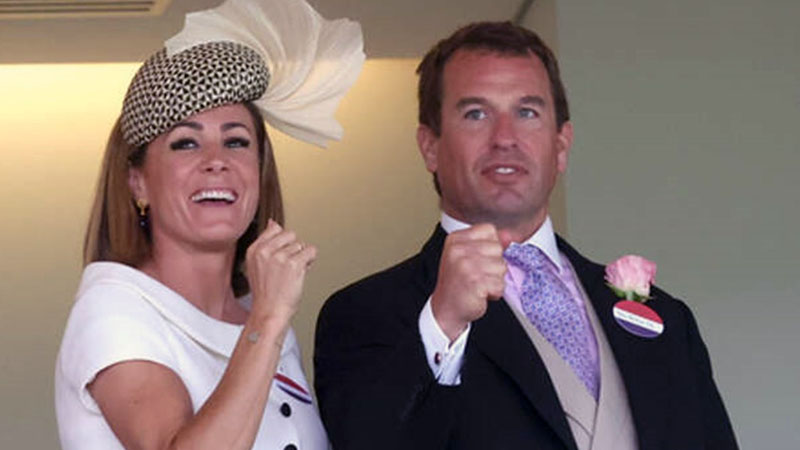 The couple attended the royal horse race and got into the lenses of photographers, provoking rumors of a new affair.

The grandson of Queen Elizabeth II spent time in the company of Prince Harry’s ex-girlfriend: this is how Peter Phillips celebrated his recent divorce.

A few days ago, it became known that one of the queen’s grandchildren, Peter Phillips, divorced his wife and upset his grandmother. The fact is that Elizabeth II adored the ex-wife of her grandson Autumn Kelly and until the last believed that the couple would keep their marriage.

The miracle did not happen, but it did not upset the newly-made bachelor in any way. Peter first came out after the divorce, and not alone, but in the company of Prince Harry’s ex-girlfriend, presenter Natalie Pinkham.

They were accompanied by the prince’s sister, Zara Tindall, who recently became a mother again. The trio was caught in the lens of reporters during the Royal Ascot race.

According to eyewitnesses, Phillips openly demonstrated his new free status. The grandson of Her Majesty constantly flirted with the TV star, and she laughed at his jokes.

It is also interesting that Natalie has been married to a producer for a long time and has two children – this reduces the chances of Philip having an affair with his cousin’s ex-lover.

Mother starved and put son into danger to keep him slim, followed Bible