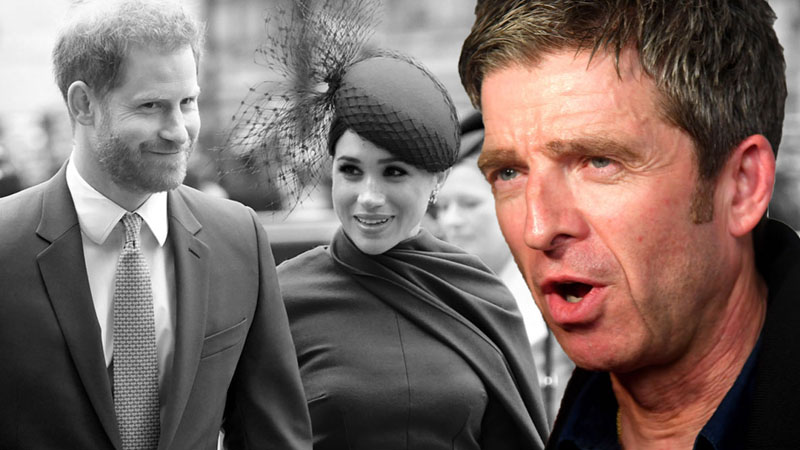 Oasis star Noel Gallagher launched a mocking attack on Prince Harry in an uncompromising upsurge and it seems like a publicity stunt just to promote his new album released on Friday. The rock legend called the Duke of Sussex a “f***ing woke snowflake” – claimed he comes across as a “f***ing a***hole” when criticizing his family and told him to “shut up”.

He also pitied Prince William for having a younger brother who is “shooting his f***ing mouth off”, said dailystar. The Don’t Look Back In Anger hitmaker also aimed at Harry for publicly “dissing your family”.

Noel, who is often on the receiving end of vicious criticism from his Oasis star brother Liam, told The Sun: “Prince William. I feel that f***ing lad’s pain. “He’s got a f***ing younger brother shooting his f***ing mouth off with s*** that is just so unnecessary. I’d like to think I was always the William.

“I did a week here of Australian promo down the phone and Zoom and all that and they were like, ‘So Noel Gallagher, f***ing ten years of High Flying Birds! It’s been amazing! And f***ing Oasis!

He added he was told ‘what we want to know is, how much of a c*** is Prince Harry?’ He also took a swipe at Harry’s wife Meghan, saying “This is what happens when you get involved with Americans”., adding it was “as simple as that.”

On Friday, Noel’s latest material from his group High Flying Birds – Back The Way We Came Vol. 1 2011-2021 – is released and included two new singles. Noel Gallagher shot to fame alongside his brother Liam in Oasis. The pair famously fell out and Noel quitting Oasis in 2009, and they have continued their bitter feud ever since.

Princess Of Wales Diana Would Have Excited By Lilibet’s Name