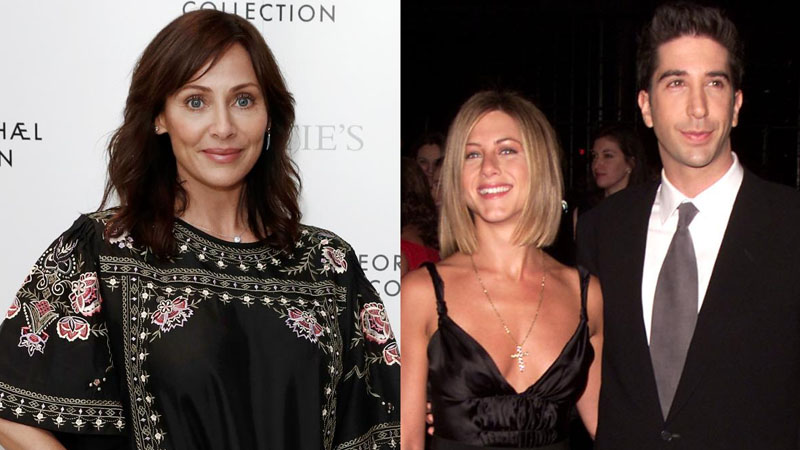 Friends: The Reunion aired last month and it was full of some surprising confessions and emotional tales shared by the lead cast of the show. One of the biggest revelations during the reunion episode though was David Schwimmer and Jennifer Aniston admitting to having a crush on each other during the early days of filming.

While fans of the show went bonkers hearing that Ross and Rachel’s onscreen romance had an off-screen connection, one of Schwimmer’s exes recently reacted to the same. Popular singer Natalie Imbruglia was recently asked about her ex Schwimmer’s crush confession during her appearance on KIIS FM’s Kyle and Jackie O Show.

As per Daily Mail, the singer wondered if there was a “crossover” while she was dating the actor. Reacting to the question about a possible crossover, the singer said, “I thought that too, no I’m joking.” Adding further, the singer merely responded saying “it was a long time ago” and that she didn’t remember.

Although Natalie did recall her visit on the sets of Friends and stated that everyone was “lovely.” She added, “I wasn’t paying attention to whether they were giving each other you know, little looks over my shoulder. I’m okay with whatever happened back then, it was a long time ago”, via Daily Mail.

Natalie and David reportedly dated  1996 to 1997 and the Australian singer admitted that she was in a happy relationship with him. During the reunion episode, Schwimmer did mention that while Aniston and him had crushes on each other, they were involved with other people and hence didn’t act on it. “But it was like two ships passing because one of us was always in a relationship and we never crossed that boundary, he said.”

Duke and Duchess Are All Set To Mend Relationship With Meghan