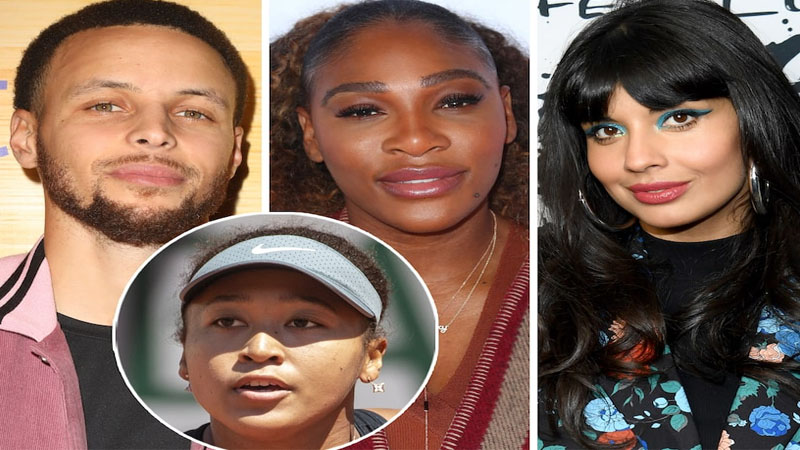 Naomi Osaka received the support of tennis fans, leading athletes, her sponsors and her country, Japan, Tuesday, after her withdrawal from the French Open.

As per reports by toofab, the world’s number two female tennis player surprised the tennis world on Monday when she said she would no longer play in the tennis championship. The decision came after Osaka was fined $15,000 for not attending a press conference after her first-round victory.

The four-time Grand Slam winner was also threatened by the French Open and other major championships with more punishment, including suspension. A lot of stars have stepped forward to express their support for Naomi Osaka, after the tennis champ announced her withdrawal from the French Open.

Within hours, she announced her withdrawal from the tournament altogether, posting a statement on her Instagram and Twitter accounts.

The four-time major champion wrote: “The best thing for the tournament, the other players and my well-being is that I withdraw so that everyone can get back to focusing on the tennis going on in Paris.

“I never wanted to be a distraction and I accept that my timing was not ideal and my message could have been clearer. More importantly, I would never trivialize mental health or use the term lightly.

“The truth is I have suffered long bouts of depression since the US Open in 2018 and I have had a really hard time coping with that.”

Her announcement ignited an outpouring of support from a host of celebrities, including fellow tennis ace Serena Williams, who is currently competing at the French Open.

“I feel for Naomi,” said Williams following her first-round victory on Monday, per the Associated Press. “Not everyone is the same. I’m thick. Other people are thin.”

She continued: “Everyone is different and everyone handles things differently. You just have to let her handle it the way she wants to and the best way she thinks she can. That’s the only thing I can say: I think she is doing the best she can.”

Tennis star Martina Navratilova supported her on Twitter, writing: “I am so sad about Naomi Osaka. I truly hope she will be ok.

“As athletes we are taught to take care of our body, and perhaps the mental & emotional aspect gets short shrift. This is about more than doing or not doing a press conference. Good luck Naomi- we are all pulling for you!”

Sporting legend Billie Jean King, a 39-time major winner in singles, doubles, and mixed doubles—shared: “It’s incredibly brave that Naomi Osaka has revealed her truth about her struggle with depression. Right now, the important thing is that we give her the space and time she needs. We wish her well.”

Democratic New York Representative Alexandria Ocasio-Cortez was also among the sports star’s first wave of prominent supporters, as she stated: “Proud of you, @naomiosaka.”

Olympian Laurie Hernandez tweeted: “Even though it shouldn’t have to be like this, I’m proud of you for putting your foot down. Your mental health matters and should always come first.”

Meanwhile, filmmaker Ava DuVernay pinned a tweet to her profile that offered some simple words of advice: “Take care of yourself like Naomi Osaka.”

Opening up more about her struggles, Osaka shared in her statement that she had taken to wearing headphones at tournaments to dampen her social anxiety. Referring to her interactions with the press, she said: “I get really nervous and find it stressful to always try to engage and give you the best answers I can.”

“So here in Paris I was already feeling vulnerable and anxious so I thought it was better to exercise self-care and skip the press conferences. I’m gonna take some time away from the court now, but when the time is right I really want to work with the Tour to discuss ways we can make things better for the players, press and fans.”

Jennifer Lopez & Ben Affleck indulge in comfortable cuddling during date night; Not shy of being affectionate

Courtney Love calls out Olivia Rodrigo of copying her art