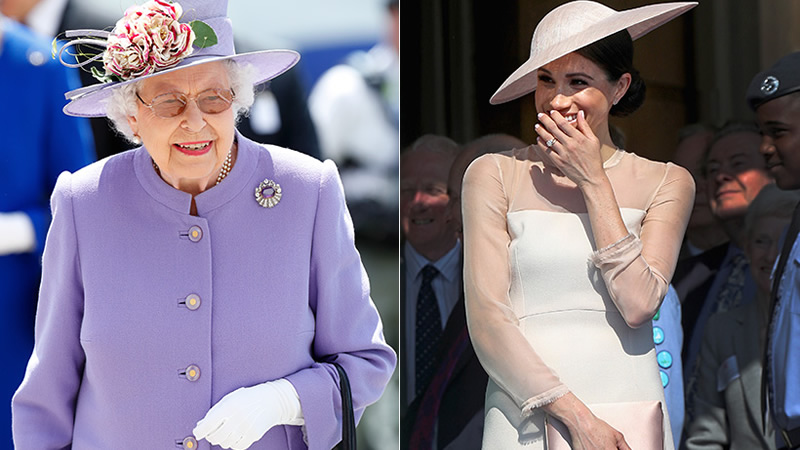 Meghan Markle and Prince Harry announced they were expecting their second child on Valentine’s Day in 2021 after the Duchess of Sussex suffered a miscarriage last summer.

According to details, the couple revealed they knew their baby’s gender during their interview with Oprah in March 2021. However, a source reveals that Meghan may have had to steer clear of using the word “pregnant” in any conversations she’s had over the phone or in person with one very important person: The Queen.

Reports suggest an insider once told Us Weekly that Queen Elizabeth finds the term “vulgar”, and instead prefers pregnancy described as a woman being “in the family way”.

When Meghan Markle and Prince Harry announced in October 2018 that they were expecting their first baby, the announcement was similarly phrased. “Their Royal Highnesses The Duke and Duchess of Sussex are very pleased to announce that The Duchess of Sussex is expecting a baby in the Spring of 2019,” a post on their former official Instagram account read.

Instead, the Queen has a word which she believes is far more appropriate, “in the family way”, which is not only confusing but far less efficient. It looks like once her grandchildren are born, she has some strict table manners by which they must adhere to.

No high chairs are allowed at any royal table that the 92-year-old will be dining at. According to the same article, they have no place at the table until they learn proper table manners according to Her Majesty.

Lastly, the most bizarre demand by the longest reigning British monarch is that she needs ball-shaped ice cubes in her drinks. Yep, according to a royal aide, HRH requests ice in a spherical shape because they make less noise.