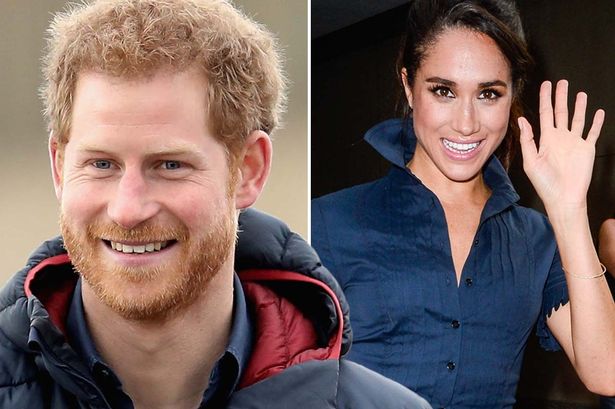 When the coronavirus global pandemic hit the world, Prince Harry and Meghan Markle just officially stepped down as senior members of the Royal Family. So as soon as they kick-off their post-royal life, the couple has only been seen in official engagements through virtual calls and recorded speeches.

The Duke and Duchess of Sussex entertain their respective virtual interviews and speeches separately. But last July, they took part in the Queen’s Commonwealth Trust’s weekly session discussing the “Black Lives Matter” movement.

Last week, the 35-year-old Duke and 39-year-old Duchess once again graced the organization’s virtual event, which they act as President and Vice President. During the virtual call, Prince Harry and Meghan Markle spoke to the leaders of the Queen’s Commonwealth Trust.

But aside from the points they raised during the session, royal commentators could not help but point out Meghan’s weird habit while on a video conference with her husband of two years.

During a virtual discussion for ET Canada, royal correspondent Keshia Chante together with her fellow commentators Roz Weston and Graeme O’Neil talk about how they were bothered with Meghan’s bizarre onscreen habit.

After praising the Sussexes continuous commitment to Queen Elizabeth II’s charity work, Chante moved the topic to a particular online manner of Meghan Markle that caught her attention.

Apparently, Chante was particularly bothered when the Duchess stares intently at her Prince husband.

“On a side note, it always trips me out when Meghan stares at Harry while he’s talking,” Chante said.

“I’m always like, ‘What are you looking at?’ Is there something in his teeth? Like, what’s happening? What y’all looking at? Can I see too?” she added.

Chante’s observation sent Weston and O’Neil into laughter. This lead Chante and Weston to start imitating Meghan’s “look of love” for Prince Harry. They began swivelling their heads on the side as if staring at each other although they are on split-screen.

During their first virtual appearance with the organization while still in their rented mansion in California, it is also noticeable how Meghan would often turn her head looking at Prince Harry’s face while he was talking.

These instances were not the first time Meghan Markle was caught staring at her real-life Prince and vice-versa. The couple is notorious for breaking royal protocols for showing affection to each other while in public and on an official engagement.

Prince Harry and Meghan’s love for each other is always beaming through the way they look at each other, held hands, and even touch each other intimately even in the middle of an official royal engagement. While it is common for couples to have a little public display of affection, royal fans were not used to this kind of a norm.

They never seem to let go of each other’s hands from their engagement interview and every royal duty. One of the most talked-about PDAs they had was when Harry placed his hand on Meghan’s upper thigh during an event at Bondi Beach in Australia.