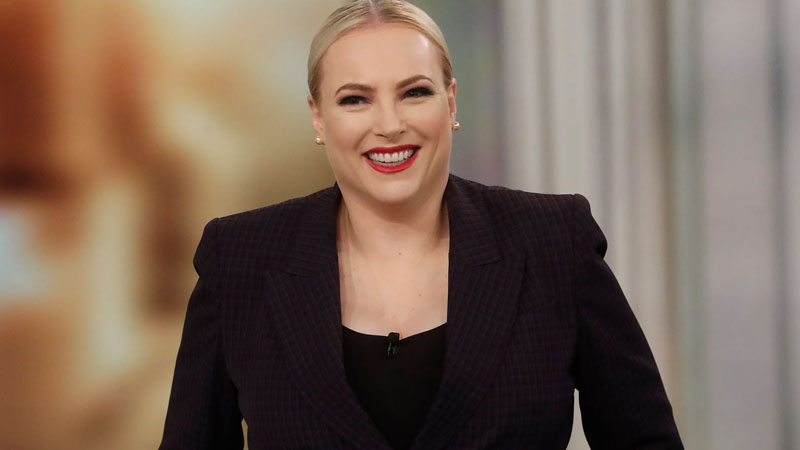 During Wednesday’s episode of “The View,” outgoing co-host Meghan McCain tried to further the same stance she’s aired on the show all week: that Republicans aren’t the sole scapegoat for low vaccination numbers across the country.

At the beginning of the week, McCain, whose husband is a regular contributor and host at Fox News, said that while she maybe is “misinformed,” she believes Fox personalities, like Tucker Carlson, have not told their discouraged viewers from getting the vaccine.

Co-host Sunny Hostin quickly retorted by reading from a study by Media Matters for America which found that nearly 60 percent of recent Fox News segments on vaccines have undermined or downplayed vaccination efforts.

“When you look at the stats, Fox News has played a key role in disseminating anti-vaccine propaganda,” Hostin said, adding, “It’s just very sad when you think about it because I would bet my bottom dollar that every single one of those Fox News hosts like Laura Ingraham, like Tucker Carlson, Sean Hannity, I bet you they’re vaccinated, yet they are still pushing this propaganda.”

On Tuesday, McCain continued by saying it’s “factually inaccurate” that Republicans are the main reasons for low vaccination rates. She went on to cite CDC statistics when referring to Hispanic and Black communities getting the vaccination at a slow rate.

This is the same narrative she continued on Wednesday’s episode. She spoke after playing a clip of Mitch McConnell saying to “ignore the other voices” in the party or in the media and get vaccinated. McCain first backtracked on her original narrative from a couple of days ago, recognizing that Tucker Carlson is manipulating his audience, before standing by the claim that people of color are taking to the vaccine slower than Republicans.

Prince Harry didn’t need Queen permission to write a memoir, but he went ahead and did it anyway.