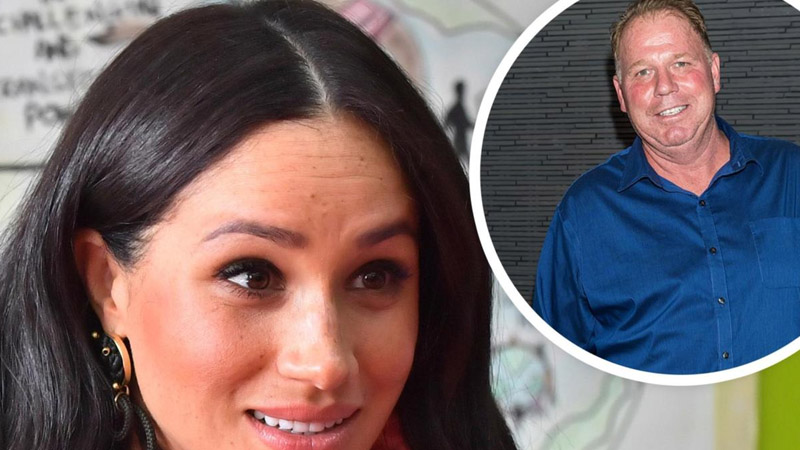 Meghan Markle’s half-brother, Thomas Markle Jr. is speculated to be joining Big Brother VIP in Australia. The rumors began after Thomas Markle was pictured arriving in Australia, according to reports. He’s also quarantining in preparation for his TV stint.

After British presenter Katie Hopkins was booted from Big Brother VIP for mocking the country’s quarantine restrictions, Thomas was picked to join the hit reality show – according to New Idea.

Thomas Markle Jr. cast in ‘Big Brother VIP’ as a replacement. In addition to Thomas, Jessika Power, star of Married at First Sight, has also been cast in the reality show. The source said,

“Jess has had a reality TV opportunity thrown at her every month for the past year, but for one reason or another they’ve fallen over. She jumped at the chance to do Big Brother. She’s seen what Martha Kalifatidis has done with her brand and is out for blood. She wants to be the MAFS queen bee. Jess is ready to reinvent herself on the show.”

It has also been confirmed that Caitlyn Jenner is also taking part in the reality TV show Big Brother VIP. However, Australians are not excited that Caitlyn is in the country.

After all, the star of Keeping Up with the Kardashians was seen smoking a cigarette before dumping the butt outside where people were walking.

Meanwhile, Markle’s brother has recently made news for continuing to criticize the Duchess of Sussex during interviews. In March, Thomas went so far as to blame Prince Harry’s wife for his homelessness – according to Micky.

While speaking with a new Idea, he said that it has become very difficult for him to find a job and Markle is to blame. Thomas Markle said,

“I am homeless and could have been under a bridge with a cardboard sign begging for money, but thankfully my mum has taken me in. With everything going on currently, with them leaving the palace and doing things for money, it makes them hypocrites because we, the family, have all been blamed for making money, and now they’re doing the same thing. The only difference is we’re all broke.”

Why Is Prince William So Hurt?