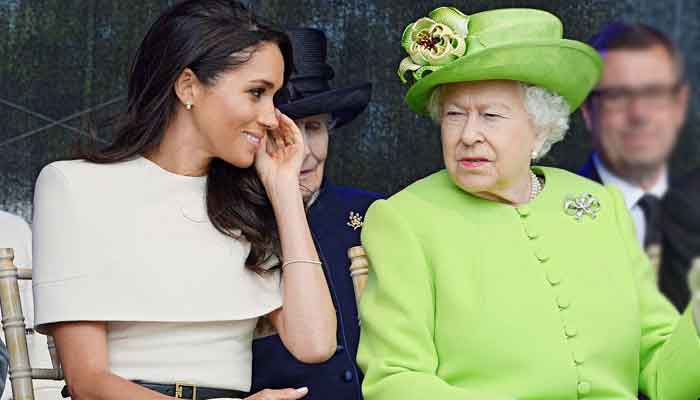 Prince Harry recently arrived in the UK sans his wife Meghan Markle even though she made efforts to attend his grandfather Prince Philip’s funeral alongside her husband.

Queen Elizabeth and other senior royals reportedly understand that the Duchess of Sussex’s doctors did not clear her for travel, as she is in the third trimester of her pregnancy.

Prince Harry’s sweetheart  was reportedly ‘in contact’ with the Queen after the Duke of Edinburgh’s death and told the monarch that doctors advised her to avoid travelling.

Meghan has expressed condolences to the Queen over sad demise of her husband Prince Philip and told  the monarch  about her intention to attend funeral service. But doctors did not allow her to travel at the moment.

The Duchess is staying in Montecito with her son Archie as the Duke has arrived in the United Kingdom to attend the funeral of his grandfather. He’s staying at Frogmore Cottage and following all COVID-19 safety protocols.

Soon after his arrival, Prince Harry paid tribute to his grandfather. In his heartfelt message, the Queen’s grandson reflected on Prince Philip’s meaning to both the nation and his own family, including Meghan, Archie, and their soon-to-arrive daughter.