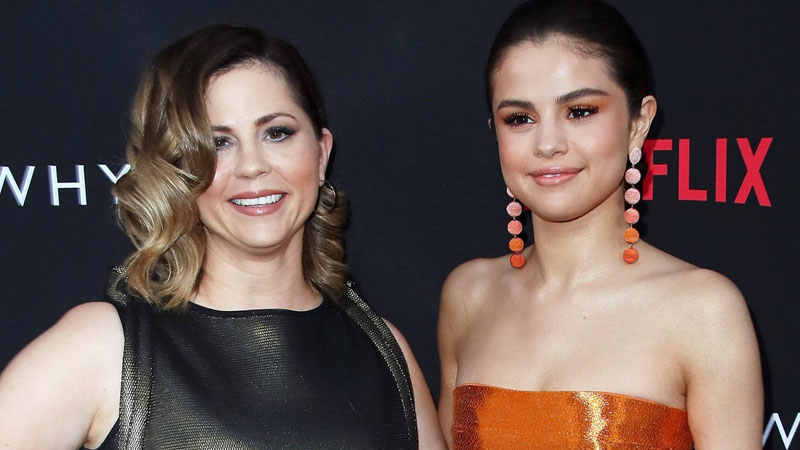 Mandy Teefey, Selena Gomez’s mother, spoke out about her daughter’s double pneumonia and how Covid-19 may have exacerbated her health problems this year.

In an interview published Wednesday, she said, “I caught pneumonia in February in New York, and I think the doctor didn’t really clean it out as much as it needed to be.”

“I received IV vitamin therapy, which I believe helped me get through the tough times,” she continued. Teefey, 45, originally publicized her double pneumonia in November, claiming that Covid-19 made it worse.

“Then I got Covid a week before I was supposed to get my first Covid shot,” she explained. “I spent the entire time at home. My oxygen level dropped to 69 after my fever broke, and I was transported to the hospital. ‘Why didn’t you get your shot?’ was a common question at the first hospital. ‘I literally can’t breathe right now,’ I say. Is it okay if we discuss this later? ‘I’ll tell you why.’” Teefey claims she was eventually transported to Cedars-Sinai Medical Center in Los Angeles, where, in addition to steroids and antibiotics, she was given breathing exercises to follow.

“They said I had two days [to live]if my body hadn’t responded as rapidly as it did,” she continued. “‘We don’t know how you’ve been breathing this whole time,’ they added. I only had half a lung. I made it through Covid without losing my sense of taste or smell, but it did a number on my lungs.” Teefey said there was a silver lining to her health concern since she was able to come up with the moniker Wondermind for her new company while she was in the hospital.

“It was definitely an adventure, and it wasn’t frightening until I returned home. “When I arrived home, I thought to myself, ‘Wow, I might not have ever come back here.’ I was fortunate,” she added.

Teefey is celebrating the launch of her daughter’s new mental health firm, Wondermind, a platform aimed at eradicating the stigma associated with mental illness and disseminating mental health knowledge.

Gomez, Teefey, and Daniella Pierson, the founder of the Gen-Z newsletter Newsette, teamed up and created Wondermind last month to create a community of people wanting a safe environment to talk about mental health and the difficulties they encounter as a result of their generation. Teefey is the creative content director for the media company.