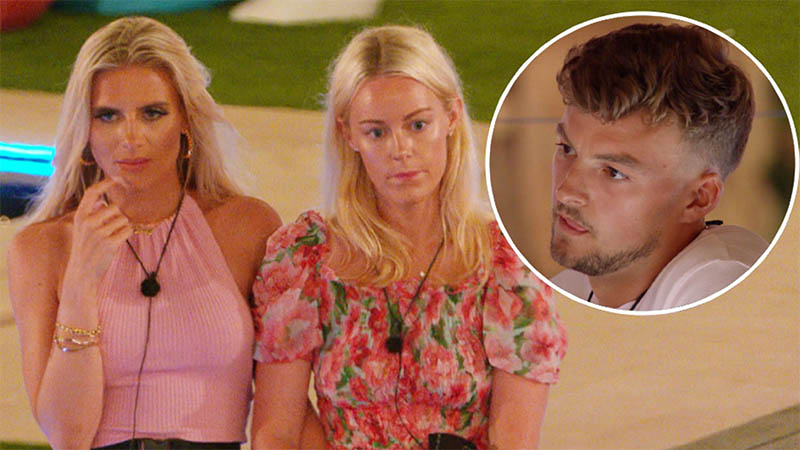 Georgia Townend’s Love Island journey was short but very sweet. Entering the Spanish villa as a bombshell, she set her sights on Hugo Hammond but was swiftly knocked back as he explained to her that he didn’t feel a spark.

During a dramatic recoupling where Hugo chose to couple up with Chloe Burrows after Toby Aromolaran ditched her for new girl Abi Rawlings, Georgia was left standing at the firepit alone just watching the drama unfold.

And while Georgia has admitted that she has “no regrets” over her Love Island experience, she has revealed that she thinks Hugo’s speech was “performative” and that she believes he definitely has strong feelings for Chloe.

Speaking on Aftersun last night, Georgia said that she felt as though Hugo wouldn’t give her or anyone else a chance as he holds out hope for Chloe.

Sadly for the PE teacher though, we saw Chloe tell Hugo that she doesn’t see him as any more than a friend in Sunday night’s episode.

When Laura Whitmore asked Georgia her thoughts about the recoupling that saw her dumped, she replied, “It’s honorable he’s such a good friend to Chloe, I personally found it a little bit performative.

“I think it was more for her benefit than calling Toby out, he wanted to be her knight in shining armor and I think he did that.”

Love Island viewers made it clear that they were “gutted” Georgia had to leave the show, labeling her a “breath of fresh air” as she didn’t fit the bill of a typical Islander.

Returning to Instagram following her exit, Georgia shared a hilarious post detailing her 48 hours in the villa.

I knew before even applying I was an aberration compared to the atypical Islander. I’m shite at makeup, I can’t flirt to save my life, and apparently, I have dreadful fashion sense 😂 but despite these obvious shortcomings, I wanted to represent normal girls who struggle to date, aren’t interested in the social media equity associated with appearing on the show, and had a genuine desire to find someone,” she wrote.

“I value my integrity above all else and didn’t want to invest my time where it was unrequited or have to sabotage couples to save my own skin. Whilst that meant I was probably a shit Islander it means I walked away with my dignity and respect intact.”

KUWTK: Caitlyn Jenner Seeks Career Advice from Ex Kris Jenner — ‘This Is Not an Easy Situation’