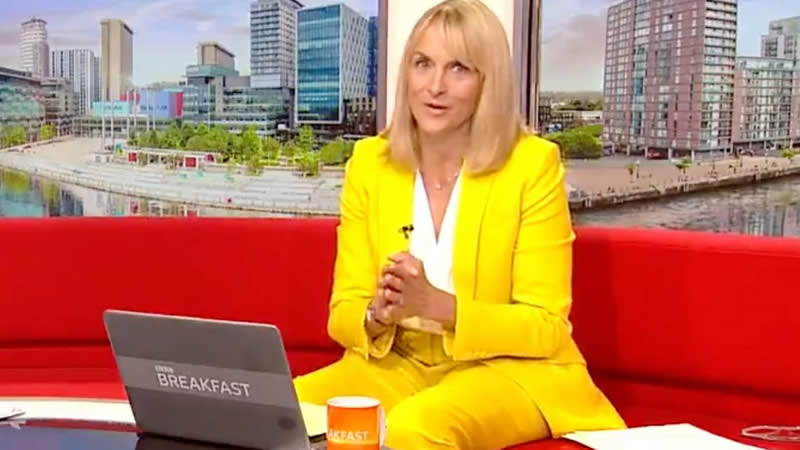 News presenter Louise Minchin has confirmed she will say goodbye to BBC Breakfast in just a few weeks time, after two decades on the popular daytime show.

It was back at the start of June that much-loved host Louise revealed she’d be saying goodbye to the BBC Breakfast sofa and the very early starts, telling viewers at home: “I’ve loved being part of it but – there is a but – I’ve decided that is time that I stop setting my alarm for 3.40 – sometimes if I’m feeling really rebellious 3.46 – in the morning and I’m going to be leaving the programme.”

Paying tribute to the show, the behind it and those who tune in every day, Louise added: “It will be this year 20 years since I first presented this programme.

“Since then I’ve felt part of a huge, enormous BBC Breakfast family which includes everyone who works here, everyone on the team and every one of you who watches the programme.”

Viewers were left gutted by Louise’s big news three months ago and then on Wednesday, she revealed to them and her long-standing co-host Dan Walker, that she won’t be on screen for too much longer, confirming that her exact leaving date is Wednesday, September 15.

Louise Minchin joked to co-host Dan: “Not that you and I have been counting down!” to which he responded: “This is quite big though Louise; how long have you done Breakfast for again?” to which she told him: “It would have been 20 years in December.

“It’s a big change and honestly when that alarm goes off in the morning I still go eurgh so that’s the thing I’m most looking forward to.”

Demi Lovato unveils live performance for ‘The Art of Starting Over

These Scary Photos Of Kim Kardashian Just Got Released–Fans Are Freaking Out!