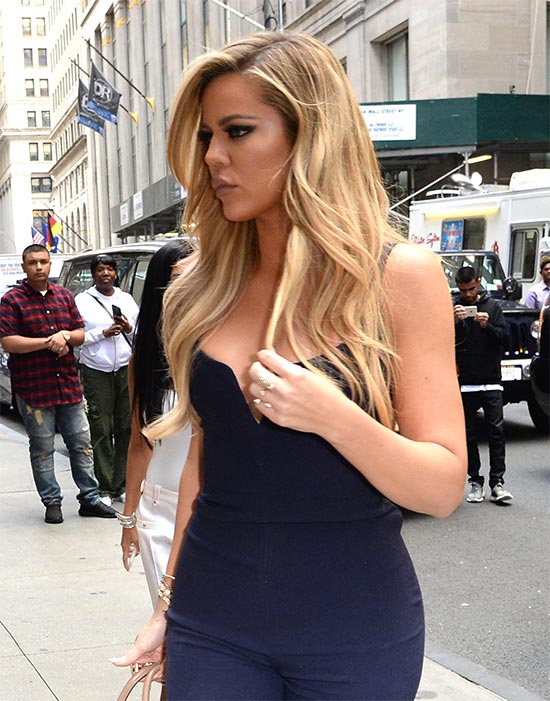 Reality star Kim Kardashian 36, had millions of dollars’ worth of jewellery and electronic goods stolen from her apartment in Paris last October (16) when masked men broke in and robbed her at gunpoint. Her family were quick to rally around and offer support following the traumatic incident and Khloe, 32, is still shocked by what some people have said about the events – especially those claiming Kim brought it on herself by posting photos of her valuables on the Internet. “That is the most irresponsible accusation. I don’t care how little or how much you have, nobody deserves to be violated and robbed and assaulted and traumatised,” Khloe fumed to London’s Evening Standard.

“Kimberly is one of the strongest women I’ve met. We’re not people who sit in sorrow if something bad happens and go, ‘Woe is me.’ We take these experiences and try to help somebody else.” Kim herself has opened up about what happened on her family’s TV show Keeping Up with the Kardashians, previously revealing she “mentally prepped” herself to be raped and killed when when the assailants duct taped her mouth.

During the wake of the crime Kim Kardashian also had to deal with her husband Kanye West’s breakdown, which was documented on Sunday night’s (09Apr17) episode of the E! show. The rapper was hospitalised for “temporary psychosis” caused by exhaustion and sleep deprivation in November (16), with Kim seen crying over her husband’s health problems. “Why? What’s going on?” Kim asks in shock while on the phone to her husband during her trip to New York to honour her late father, Robert Kardashian. Starting to cry, the brunette beauty further quizzed: “What’s wrong? Don’t scare me, please. What’s going on?”

Tips for Replacing Your Windows