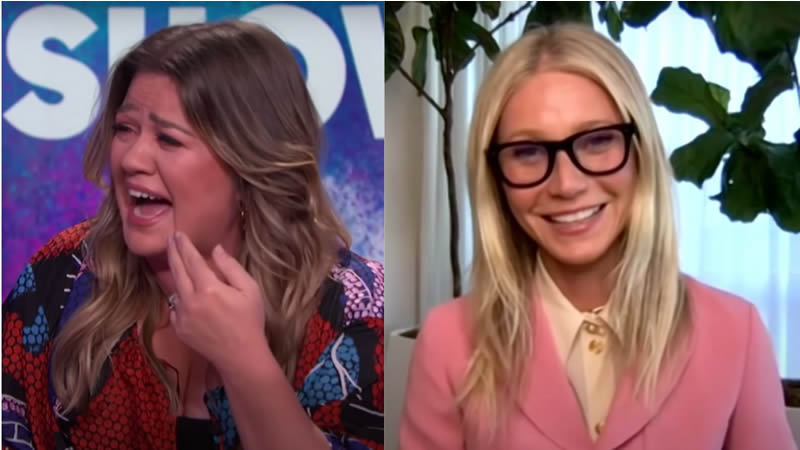 As the leading evangelist of vagina candles, it only makes sense that Gwyneth Paltrow would be pro-“WAP.”

For some reason, however, the admission took Kelly Clarkson by surprise and then some during the Goop founder’s appearance on her talk show on Tuesday.

When the host asked Paltrow to name the song “you go to when you’re down” the Oscar-winner plainly stated the hit Cardi B and Megan Thee Stallion track’s name in its entirety.

“Wet ass pussy,” Paltrow deadpanned on “The Kelly Clarkson Show,” prompting the host to erupt in a major giggle fit, before falling from her couch to the floor.

“I’m done. I’m done. That was—I literally—I need to see the tape back,” the “American Idol” alum said, as Paltrow, who appeared virtually on show, chuckled along. “Because I felt like I was like, ‘Oh…wait, what?’ That was amazing!”

Clarkson then crowned Paltrow as her “favorite guest this season,” adding that she see “needed that in my soul.”

Paltrow is hardly alone in her “WAP” appreciation, as the song, which unabashedly celebrates female pleasure, became one of the defining hits of the past year. The track peaked at No. 1 on the Billboard Hot 10 in August, where it remained for weeks with its racy video and lyrics causing all sorts of conversation at the time.

Cardi B and Megan debuted the first-ever performance of the song on the Grammys stage earlier this month, with the two rappers changing many of the original lines in “WAP” during the live broadcast. The electrifying rendition still managed to draw criticism from conservative pundits like Candace Owens and Tucker Carlson. The FCC said it received around 80 complaints from viewers during Grammys night.

The Bronx rapper hilariously responded to the controversy, openly mocking her critics and thanking them for the free publicity.

“Imagine if wap caused the downfall of the American empire and not North Korea bomb threats, terrorism, racism or bad government?” she wrote on Twitter earlier this month, adding, “THAT WOULD BE SO ICONIC!!!”

Cardi B has yet to respond to Paltrow praising the song, but we can’t be the only ones who smell a candle collaboration in the future.

Jennifer Lopez & Ben Affleck indulge in comfortable cuddling during date night; Not shy of being affectionate