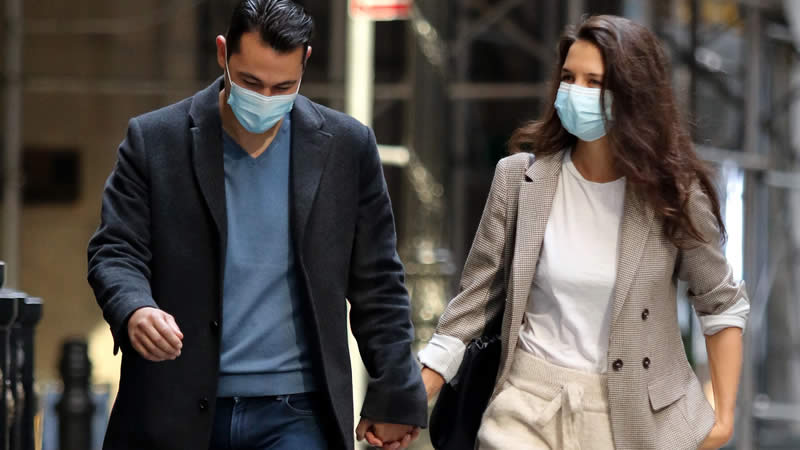 Katie Holmes and Emilio Vitolo Jr. are ready to make things official. Yesterday, the pair made one of their first official public appearances as a couple, walking hand-in-hand in New York City. (Before this, they had been spotted having quiet dinners together.) So, who is this mysterious man that Holmes is seeing, you ask? He is the famed chef behind the New York City restaurant Emilio’s Ballato.

They have been reportedly dating for about a month—a summer fling that lasted, if you will. And now we have a clear glimpse at what their couple style could entail in the future.

For their outing yesterday, both Holmes and Vitolo Jr. did business-casual looks. Holmes wore a chic double-breasted blazer by Frame, pairing it with a classic white tee and off-white sweatpants by Mango. Her white low-top kicks fell in line with the outfit’s neutral color palette, as did her black leather bucket bag by Sharkchaser.

Vitolo Jr., meanwhile, looked the part of a smart entrepreneur, wearing a tailored topcoat with a sweater, dark wash jeans, and dress shoes. Together, their outfits were coordinated but not matchy-matchy—a vibe that many New York couples pull off flawlessly (it’s a signature of Jennifer Lawrence and Cooke Maroney, for one). And while it’s early in their relationship, one can’t deny that they look good together. After all, synchronized style is almost as important as, you know, a romantic spark.