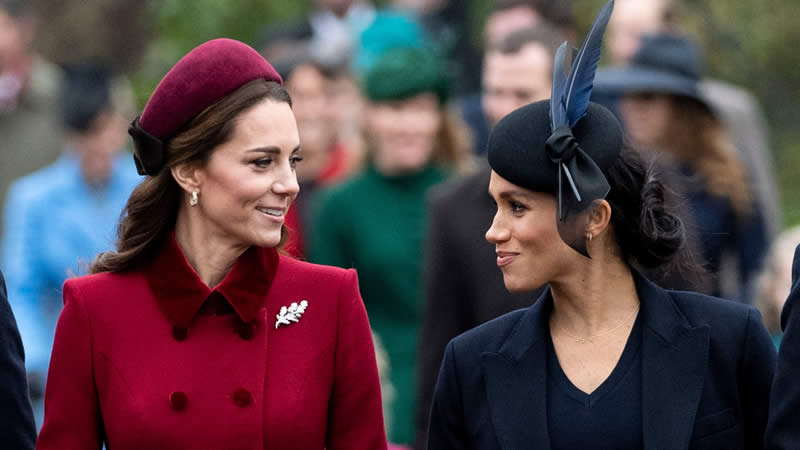 Rumors of rifts and feuds between Meghan Markle and Kate Middleton have been making headlines in recent months. One of the most recent claims even claimed that the latter now has “worries” about the former talking in public.

According to sources, the Duchess of Sussex has a “tit-for-tat attitude.” It would be her “ultimate revenge” to expose the British Royals, according to Star magazine, and the Duchess of Cambridge is “especially worried.”

This comes as reports of the former Hollywood actress testifying in the case of Prince Andrew have surfaced. As previously stated, there is a possibility that she will do so, given that attorney David Boies previously suggested it.

The British Royal Family is reportedly concerned about Meghan Markle and a “courtroom takedown.” Insiders recalled her shocking sit-down interview a few months ago and said she does not regret “slamming the royals.

As a result, if called to testify, she may “relish” the opportunity to speak badly about them.

According to the same sources, Kate Middleton is “scared” of her estranged sister-in-law, who is dragging her name up during the trial to “tarnish her image.” However, she is said to be more “concerned” about the British Monarchy and its future.

According to the informants, Kate Middleton attempted to communicate with Meghan Markle as a result of this. She called her sister-in-law during the holidays to “smooth things over” and persuade her not to break her silence.

However, nothing was reportedly gained, and the conversation was tense.

Despite all of the allegations, it is unclear whether the stories are true. The British Royals have yet to break their silence or issue an official statement, especially the Duchess of Cambridge and Duchess of Sussex.

Furthermore, the alleged insiders failed to provide sufficient evidence to support their claims. As a result, the story has yet to be proven.