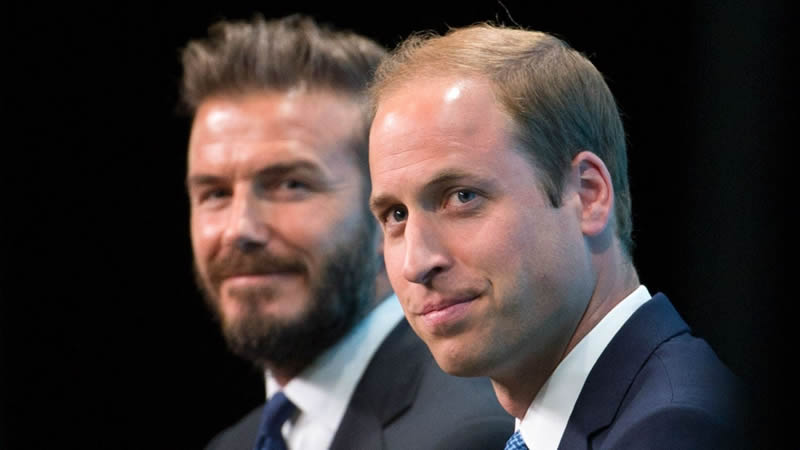 David Beckham was reportedly “scolded” by royal aides after he made a blunder at Prince William and Kate Middleton’s wedding.

The royal couple will celebrate their 10-year anniversary this month following their Westminster Abbey wedding in 2011.

David and his former Spice Girls wife, Victoria, 46, attended the lavish wedding of William and Kate on April 29, 2011.

David and Victoria were just some of the distinguished guests in attendance that day.

According to OK! magazine, David was dressed to the nines in a dark grey morning suit.

Pinned on his lapel was his OBE medal, which was awarded in 2003.

However, he had it pinned on the wrong side of his chest, the article said.

Reports claim that a royal aide sidled up to him and had a quiet word in his to “put him straight”.

David “proud” of Harry
David has been a pal of the royal family – especially the younger Royals.

After Prince Harry and Meghan exited the family and left to live in the US, David came out in support of the couple.

He told US talk show Entertainment Tonight: “We love him. But I’m proud to see him growing up as an individual and being that person that every father wants to be.

Every father wants to be loving to their children and that’s what I see with him.

“Every father wants to be loving to their children and that’s what I see with him.”

“I haven’t spoken to Harry about him moving,” he continued.

“We speak as friends and that’s the most important thing for me.”

How did David pay tribute to the Queen?
David has had a close relationship with the family, even visiting the Queen at Buckingham Palace.

“It’s a very normal relationship,” he once said.

“They’re very easy to get along with. They love their sport.”

Last year, he posted a gushing birthday message to the Queen on Instagram.

“Happy Birthday to our Queen,” he wrote. “Now more than ever we are thankful for your leadership and for being an inspiration both in our country and around the world.

“We are so lucky to have you. @theroyalfamily.”

Experts analyze Meghan Markle’s acting prowess before Megxit: ‘There was nothing!’

Prince Harry’s salary, working hours kept a secret as he gets first job