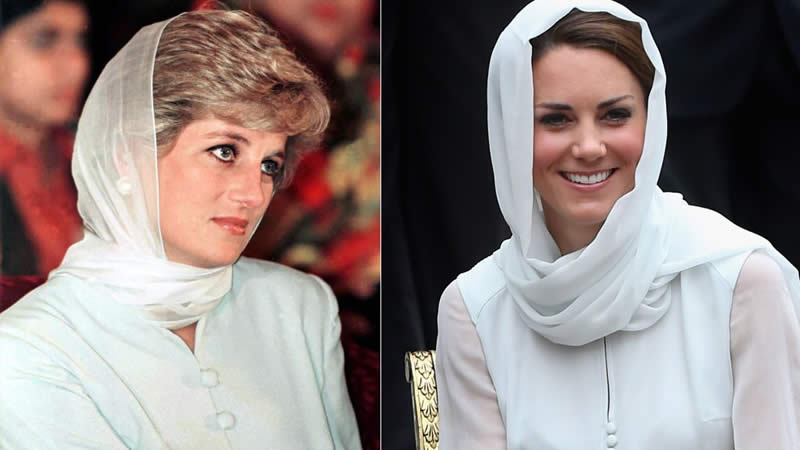 KATE, Duchess of Cambridge, was keen to avoid becoming an instant fashion icon like Princess Diana when she married William, a royal author claimed.

Kate, 39, has over time become bolder and more daring in her fashion statements, often acknowledging the influence of Diana in her choice of dresses.

The author of ‘The Duchess of Cambridge: A Decade of Modern Royal Style’ revealed how Kate had paid tribute to her late mother-in-law on a number of important personal occasions.

The Duchess donned a blue spotted dress when she stepped out to meet the press after the birth of Prince George.

The dress recalled one worn by Diana, after she had given birth to her first son, William.

In another subtle tribute to her husband’s mother, Kate sported a red and white dress when she left hospital with Prince Louis.

It seemed clear that the Duchess of Cambridge was referencing a dress worn by Princess Diana at the time off Harry’s birth.

William’s wife has quickly established herself as a national style icon.

According to research carried out by Rakuten in 2016, as many as 29 percent of women interviewed said they aspired to dress like the future Queen of England.

In the survey, the Duchess beat the likes of singer Ellie Goulding, actress Emma Watson and YouTube star Zoella.

The Duchess has a positive effect on the sales of clothing she is photographed wearing.

Known as the ‘Kate Effect’, dresses are often snapped up by eager shoppers, keen to emulate their hero.

A maternity dress designed by Cecile Reinaud sold out completely after the Duchess was spotted wearing one.

Demand was so high, that her website Serephine almost crashed.

Prince Harry Facing Problems In Making Statements After Arriving In The U.K.