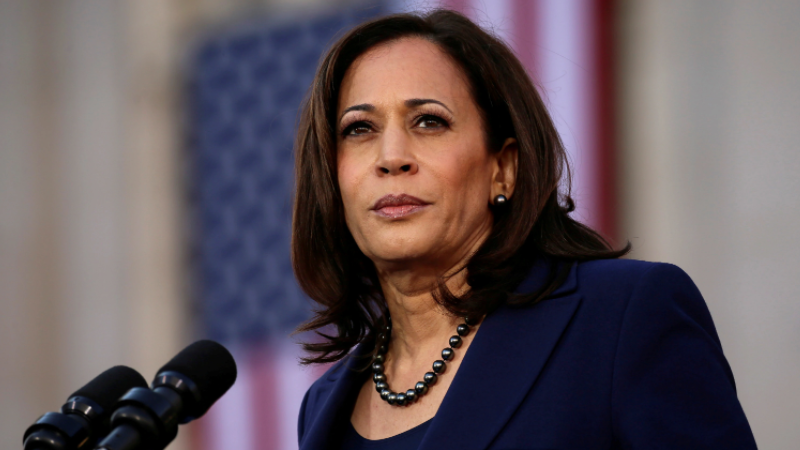 He appointed her and said that she spoke for him, which really says a lot since she had just been asked about going to the border and she just laughed her head off. What a seriousness of purpose that showed. Even before that, she showed exactly why she was the wrong person for the job, as Rep. Chip Roy (R-TX) explained.

But after making a big fanfare about appointing her, they did all they could to back off of it, with Jen Psaki then claiming that Harris was only going to be talking to Central American leaders to deal with the “root causes” of the surge despite Biden clearly saying that she would be dealing with “stemming the flow of irregular migrants to the U.S. in the near term.” What’s an “irregular migrant,” by the way? Then what is Biden doing since she’s apparently doing his job?

Wouldn’t your first priority, if the tub is overflowing onto the floor, be to shut off the faucet, to stop the flow, rather than talk about the reasons why the water might flow into the tub. I mean, assuming that your purpose was actually to stop the flow and not just play-act at doing something?

But guess what Kamala is doing? Not going to the border. She’s talking about “root causes” with the President of Guatemala.

How is any of that going to stop the flood coming in right now? Not to mention, the Biden folks can’t even be transparent with the media in this country. Scary that these are our “leaders” now.

The illegal aliens entering say they’re coming in now because of Biden’s words, that they think they’re going to get in because of him.

Earlier, they had cited his suspension of deportations for 100 days as one of the reasons they were coming.

In the words of Sen. John Kennedy (R-LA), what would immediately put big brakes on the surge would be to reinstitute all of the protections that President Donald Trump had put in place, “Go back to what we were doing in December.”

The Washington Post Admits Matt Gaetz Is Telling the Truth, and Their Spin Is Just Incredible

The Best Foods To Eat For Natural Probiotics

Covid in Scotland: Plan to ease lockdown restrictions to be unveiled