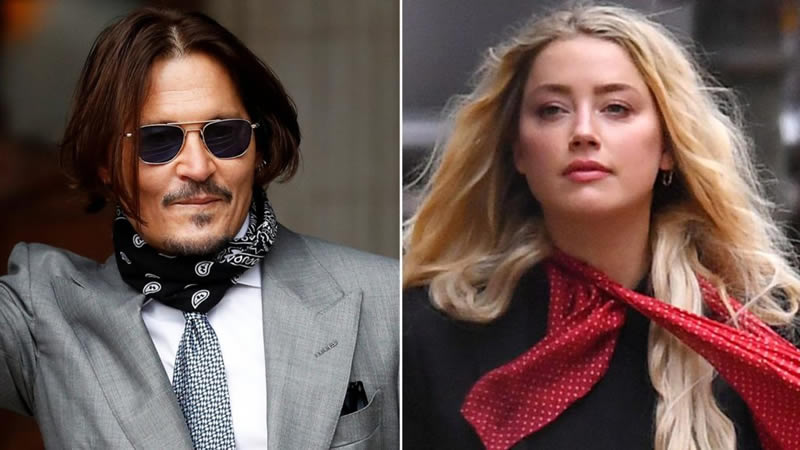 Looks like Johnny Depp and Amber Heard‘s court battle has taken another turn! Recently, Depp has scored a major victory against Heard, which has now forced the American Civil Liberties Union (ACLU) charity to reveal whether Heard has lived up to her promise of donating a 7 million dollars divorce settlement to them.

According to Page Six, in a statement, Depp’s attorney Benjamin Chew revealed that the actor was “most gratified” by the decision laid out. A judge in New York has granted a partial petition in favor of Depp which seeks to establish that the American Civil Liberties Union (ACLU) will have to release documents to confirm whether Heard has donated the settlement money from their divorce back in 2017 or not.

Previously, Depp’s lawyers had filed a petition in the New York Supreme Court for the ACLU to publish documents proving Heard had stuck to her promise. As per Mail Online, Judge Arthur Engoron has now granted 23 out of 24 requests in Depp’s ‘motion to compel’, which means the organization has been urged to produce the paperwork related to Heard’s charity.

The judge, however, didn’t comply with Depp’s request to urge the organization to produce documents on Heard’s role as a brand ambassador for ACLU. His lawyers had also alleged that the Aquaman actress was being dishonest about donating her entire divorce settlement to Children’s Hospital, Los Angeles, and to ACLU.

Depp’s attorney, Andrew Caldecott, as per Page Six, had even argued that Heard was forming a “calculated and manipulative lie” by involving her pledge to a charity. According to Caldecott, Heard had “tipped the scales against Mr. Depp from the very beginning.”