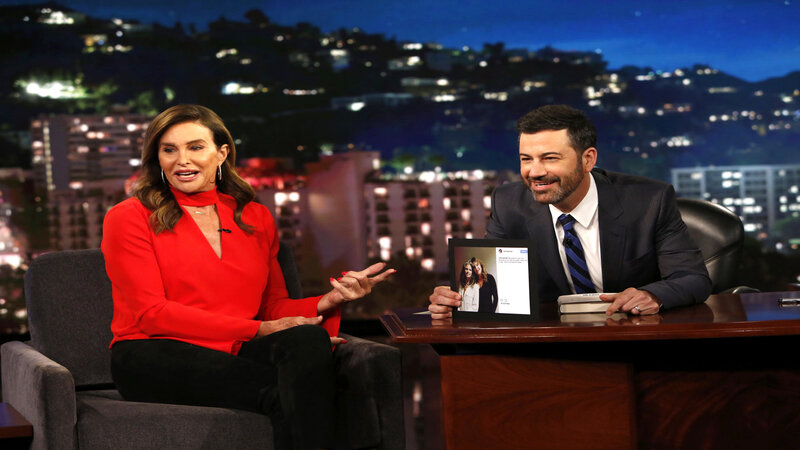 Jimmy Kimmel is not impressed with Caitlyn Jenner’s Fox News interview, calling the California governor hopeful “ignorant” for her views on the homeless population.

This week, the Jimmy Kimmel Live! host criticized Jenner for her Wednesday Sean Hannity interview during which she condemned the state’s homeless crisis with an anecdote that was mocked for its privileged tones. “My friends are leaving California,” Jenner told Hannity. “My hangar, the guy across, he was packing up his hangar, and I said, ‘Where are you going?’ And he says, ‘I’m moving to Sedona, Arizona. I can’t take it anymore. I can’t walk down the streets and see the homeless.’”

Jenner, 71, a former Olympic decathlete whose famous family is one of the wealthiest in Hollywood, was slammed on Twitter for the “entitled” and “shameless” remarks. “Exactly, Caitlyn. Private jet owners are the victims,” tweeted The Handmaid’s Tale star Bradley Whitford. “Because they are subjected to the specter of homelessness through the tinted windows of their limousines. You’re a great humanitarian.”

Last month, Jenner announced her campaign to challenge Governor Gavin Newsom in a possible recall election. However, her support of former President Donald Trump and her views on transgender rights have offended some people on social media. Last week, Jenner, who is transgender, told a TMZ reporter that she opposes transgender girls playing on women’s sports teams. “This is a question of fairness — that’s why I oppose biological boys who are trans competing in girls’ sports in school,” said Jenner. “It just isn’t fair. And we have to protect girls’ sports in our schools.” Her remarks, which support a number of anti-trans athletic bills being pursued around the country, were deemed transphobic and hypocritical by many.

Jenner has since aired her first campaign advertisement, in which she declared herself “a compassionate disruptor.” She also used the latter word to describe Trump, telling Hannity, “He came in and shook the system up,” while admitting she held mixed views about the former president’s policies.

However, Jenner shared support for Trump’s border wall, which was left incomplete when he left office. “I am all for the wall. I would secure the wall. We can’t have a state, we can’t have a country without a secure wall.”

Jenner also told Hannity that she would “absolutely” reopen California, which currently has the lowest COVID-19 case rate in the country, and accused Newsom of using the pandemic as “a political tool” to close businesses. “We’ve done a terrible job. Easy example, Florida, Orlando — Disney World opened up nine months ago,” she said. “Anaheim, Disneyland opened up six days ago. We’re talking nine months of shutting Disneyland down, when it didn’t have to be shut down.”

Jenner has not commented on Kimmel’s monologue but told Hannity, “I move on” from criticism. “I want to be a role model and to be a leader,” said Jenner. “And I think the most important thing as a leader that you can do is your compassion, your honesty.”