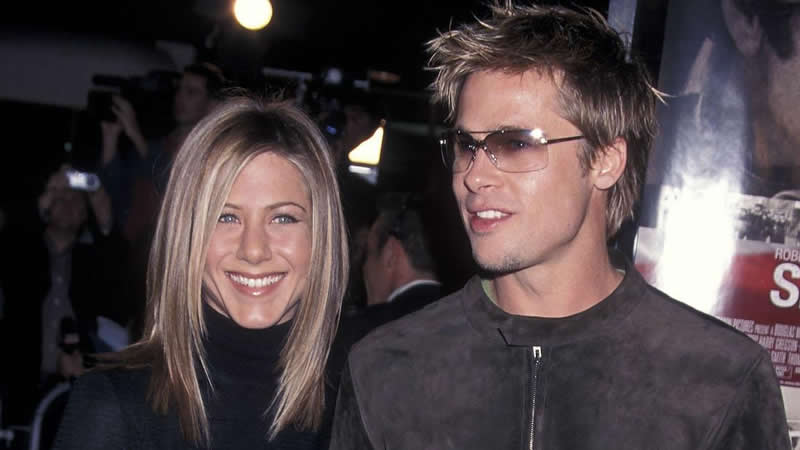 Jennifer Aniston and Brad Pitt’s relationship ended 16 years ago, and while the pair have both moved on, Aniston recently revealed an update on where they stand with each other now. Following an electric virtual table read for Fast Times at Ridgemont High in September 2020, fans became convinced that Aniston and Pitt were sure to soon rekindle their romance, but after squashing rumors of a reunion, Anison did admit that the pair are still “buddies.”

Speaking to Howard Stern on The Howard Stern Show about the table read and her chemistry-laden interaction with her ex, Aniston revealed, “It was absolutely fun. Brad and I are buddies, we’re friends.” She went on to elaborate, “And we speak, and there’s no oddness at all, except for everyone that probably watched it and was wanting there to be, or assumed there to be,” Aniston continued. “We had fun, and it was for a great cause, [Sean Penn’s community relief nonprofit] CORE.”

The pair initially began their romance in 1998, with their marriage lasting from 2000-2005 before Pitt went on to marry Angelina Jolie. While the ex-couple haven’t always been on such good terms as they are now, they renewed their friendship in 2019, with Aniston making an appearance at Pitt’s 50th birthday party.

As for the future of her love life, it isn’t likely you’ll be seeing Aniston back with any of her old flames, but she did reveal that she’s in search of a “fantastic partner.” Speaking to PEOPLE for their June cover story, the 52-year-old actress shared that marriage may not be in the cards for her again, but she is still looking for love. “Oh God, I don’t know,” she said of marriage.

“It’s not on my radar. I’m interested in finding a fantastic partner and just living an enjoyable life and having fun with one another. That’s all we should hope for. It doesn’t have to be etched in stone in legal documents.”

Online dating appears to be strictly out of the question as well, with Aniston boldly stating, “Absolutely not. I’m going to just stick to the normal ways of dating. Having someone ask you out. That’s the way I would prefer it.” Don’t we all!