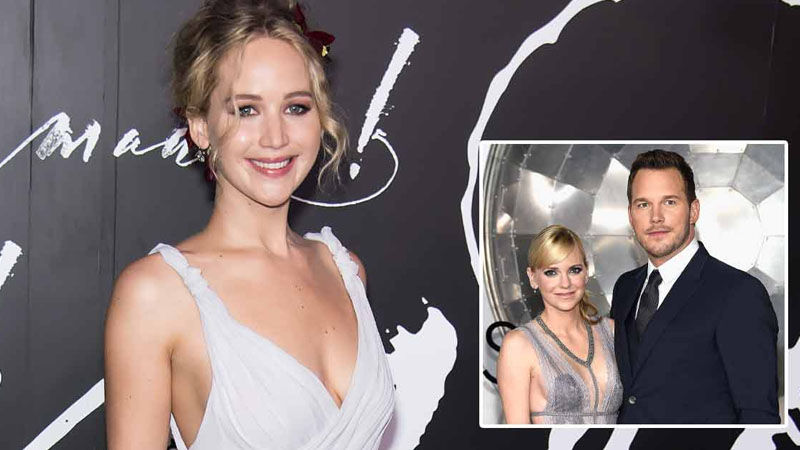 Jennifer Lawrence is one celebrity who gets trolled every now and then. Well, you could call it a con of being so massively popular around the world. Back in 2017, Chris Pratt and Anna Faris announced their separation and Lawrence got trolled for no reason at all.

Netizens thought that the Passengers’ actress was seeing her co-star Pratt and hence, the couple decided to call it quits. The former couple shares an 8-year-old son, Jack Pratt. The couple released a joint statement announcing their separation.

Chris Pratt & Anna Faris’ joint statement read, “Anna and I are sad to announce we are legally separating. We tried hard for a long time, and we’re really disappointed. Our son has two parents who love him very much and for his sake we want to keep this situation as private as possible moving forward.

We still have a love for each other, will always cherish our time together, and continue to have the deepest respect for one another.” The couple did not close the details on the split and hence began the trolling game on social media. A netizen called Jennifer Lawrence a ‘Snake’ and accused her of the reason behind Chris and Anna’s split.

For those of you who don’t know, Jennifer Lawrence was Chris Pratt’s co-star in the 2016 film, Passengers. Ever since then, their relationship rumours started doing the rounds.

Take a look at some of the reactions here:

Meanwhile, when Anna Faris got to know about these rumours, she was left ‘devastated’.

In a conversation with US Weekly, the Mom actress said, “I had always kind of believed that part of the rumours of celebrity couples was sort of true because they had never been part of my life. I was like, ‘Oh, maybe there’s a kernel of truth to that.’”

Anna Faris continued and said, “It’s been a little devastating because for us, it’s like, ‘What the heck?’ This has been blindsiding to us. We have an incredible relationship. It has been weirdly stinging.”

The British Apologised For Their Mistake Made Against Lilibet

With Meghan McCain Absent, The View Actually Has a Real Discussion About Abortion