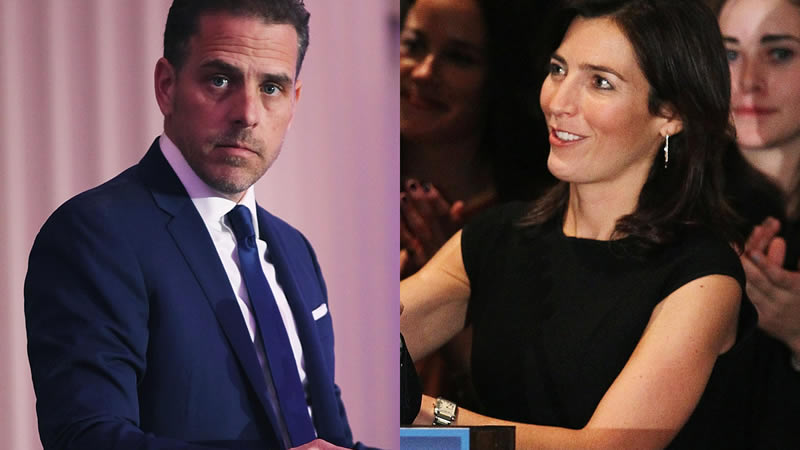 In February 2017, Hunter Biden shocked the world with the news that he was dating his late brother Beau Biden’s widow Hallie Biden just two years after Beau had passed away from brain cancer. While President Joe Biden spoke out in support of their relationship at the time, many still struggled to comprehend how this bond between in-laws had become something more, a process Hunter Biden sheds further light on in new memoir Beautiful Things. Hunter details how he and Hallie found each other in their shared grief, the one trip to Arizona that took their friendship into a romance, and the reason he thinks it was fated to fail.

After leaving Arizona rehab facility Grace Grove and subsequently visited resort spa Mii Amo, Hunter writes about asking Hallie to come meet him there on the trip that would change their relationship.

“Feeling mentally and physically purged, I phoned Hallie and asked if she would come to Arizona to pick me up,” he writes. “I wanted her to accompany me on the trip back. I didn’t trust myself to make it home without backsliding — without taking a detour into the pit I fell into on my way there. She flew out the next day.”

As Hunter describes it, they met in a uniquely vulnerable moment for them both: “I was at my lowest, she was at her neediest, and we clung to each other with abandon. We talked at length about how much we had come to rely on each other, how our health and well-being seemed dependent on the love we’d grown to share.”

“It was an affair built on need, hope, frailty, and doom,” he adds.

While Hunter clearly grew to have great affection for Hallie, he further confesses in the book that he and she “weren’t close before Beau died” and even that he was “surprised when Beau married her.” When they do go on to date, Hunter says they “didn’t have much in common, didn’t even have much to talk about.” So, while he found her “alluring,” he contends that they were only ever hoping to recreate the specter of Beau between them.

“It seems obvious now, but then it was this unspoken, unacknowledged dynamic that had begun to impel us both: the idea that we could keep Beau alive by being together — that by loving each other we somehow could love him back into existence,” Hunter recalls.

Hunter Biden later calls it “a giant miscalculation on both our parts” and “errors of judgment born of a uniquely tragic time,” and the relationship ended well within the year. Hunter and Hallie both received plenty of criticism for the choice to date when their relationship went public in 2017, and have since worked to maintain close family bonds in wake of the breakup.

Grief is unpredictable and overwhelming, and it’s clear that Beau Biden’s death shook this whole family for many years to come.

Our mission at SheKnows is to empower and inspire women, and we only feature products we think you’ll love as much as we do. Please note that if you purchase something by clicking on a link within this story, we may receive a small commission of the sale.

Britney Spears says she felt ‘nothing’ after receiving coronavirus vaccine