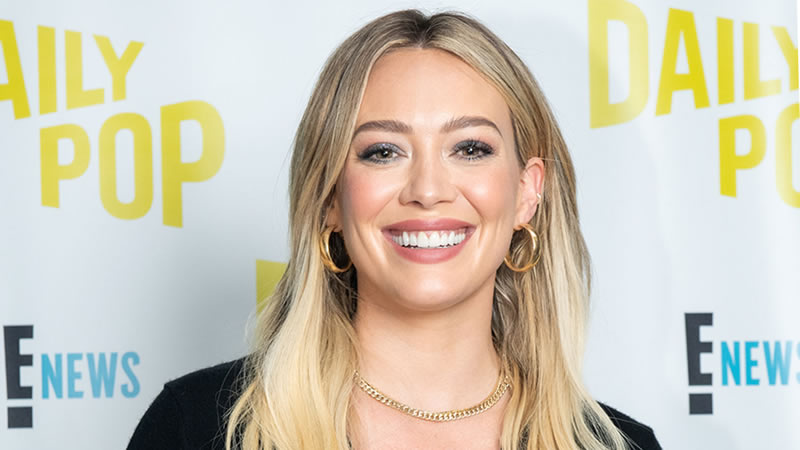 Hilary Duff will star in a sequel to the fan-favourite comedy series How I Met Your Mother.

The Lizzie McGuire actress will appear in How I Met Your Father, which was announced by the US streaming platform Hulu.

Duff, who will also serve as a producer, stars as Sophie, the main character and narrator telling her son how she met his father.

According to Hulu, the show, “catapults us back to the year 2021 where Sophie and her close-knit group of friends are in the midst of figuring out who they are, what they want out of life, and how to fall in love in the age of dating apps and limitless options”.

Isaac Aptaker and Elizabeth Berger, known for their work on This Is Us, will produce the series alongside the original’s creators Carter Bays and Craig Thomas.

Duff said: “As a huge fan of How I Met Your Mother, I’m honoured and even a little nervous that Carter and Craig would trust me with the sequel of their baby. Isaac and Elizabeth are brilliant, and I can’t wait to work alongside them and all of their genius.”

How I Met Your Mother ran for nine series from 2005 to 2014 and starred Josh Radnor, Jason Segel, Cobie Smulders, Neil Patrick Harris, Alyson Hannigan and Cristin Milioti as a group of friends in New York City.

It was framed around Radnor’s character, Ted Mosby, recounting to his children how he met their mother.

She had been set to star in a revival of popular teen comedy Lizzie McGuire but the project stalled at Disney+, reportedly over creative differences.

It was said executive producer Terri Minsky and Duff wanted to pursue a more grown up tone, while Disney wanted to stick closer to the original show.

A previous attempt for a sequel to How I Met Your Mother, titled How I Met Your Dad, starred the Oscar-nominated writer and director Greta Gerwig, but the pilot episode did not lead to a series.

Kim Kardashian Just Made A Heartbreaking Announcement About Her Broken Marriage–We Feel So Bad For Her!

Lori Harvey speaks out on ex-boyfriend Future throwing shade at her and Michael B. Jordan