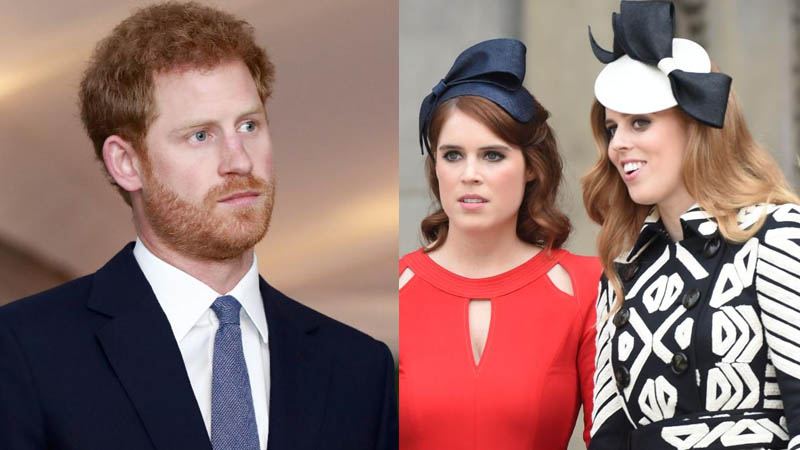 While most members of the royal family may not be getting along too well with Prince Harry, it seems his cousin sisters, Princess Beatrice and Eugenie seem to have a soft corner for the Duke of Sussex. After Prince Harry’s recent announcement about releasing a tell-all memoir, according to The Daily Mail, the Duke’s cousins understand the reason why he is doing this and reportedly “sympathize” with him.

According to a report in the Daily Mail, a friend of Eugenie and Beatrice stated that Prince Harry opening up now about his opinions about the royal family could have been “triggered” because “[Beatrice and Eugenie] believe Harry’s outspoken remarks may have been triggered because previously his voice and opinions were rarely heard within the Royal Family.”

As per the report, the friend also maintained that Prince Harry was considered to be a “resident joker” in the royal family and that his opinions about serious matters were not taken seriously.  It has been previously reported that Prince Harry and Meghan Markle share a good relation with both Princess Eugenie as well as Princess Beatrice.

Recently, Sarah Ferguson, Duchess of York and mother to Eugenie and Beatrice gave an interview to The Telegraph where she was quizzed about Prince Harry and Meghan Markle’s Oprah interview and if she would give the Sussexes any advice, she said, “I wouldn’t presume to give advice to Harry and Meghan, except to say to be happy.”

As for Prince Harry’s upcoming memoir, the book seems to be creating a stirring way before its release. It was recently reported that not only members of the Royal family but also the Duke of Sussex’s friends have been uncomfortable with the announcement. According to Daily Mail, Prince Harry’s friends find it “hypocritical” for the royal to open up to the public and media now after he asked his friends to maintain his privacy for years.

Meghan Markle and Prince Harry’s Oprah interview was not ‘appropriate,’ says Prince Albert: ‘It did bother me’