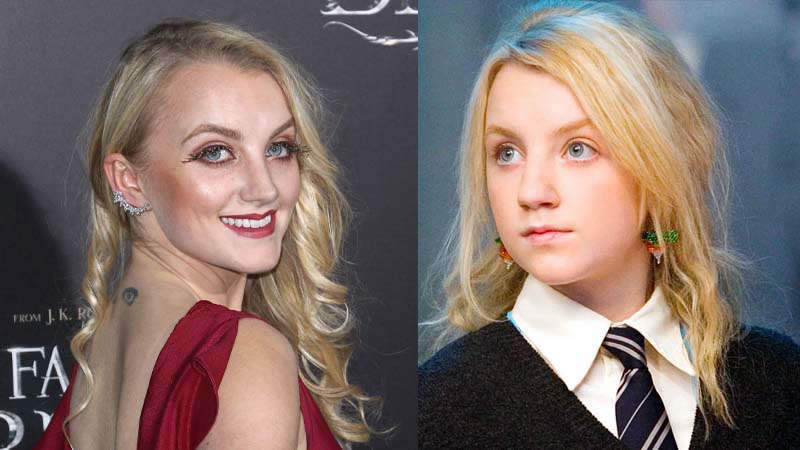 As the 20th anniversary of Harry Potter and the Philosopher’s Stone approaches, these two actors met on set but managed to keep their romance a secret for nearly a decade.

It’s been 20 years since the release of Harry Potter and the Philosopher’s Stone, and the picture launched the careers of some of the most well-known performers in the world, including Daniel Radcliffe, Emma Watson, and Rupert Grint.

Two other stars from the blockbuster movies, on the other hand, managed to keep their relationship a secret for nine years.

Evanna Lynch and Robbie Jarvis met on site and fell in love, but no one knew until they revealed their relationship in 2015.

Evanna, 30, appeared in four films as Ravenclaw Luna Lovegood, a compassionate but eccentric Ravenclaw who first appeared in Harry Potter and the Order of the Phoenix.

Robbie, 35, has a smaller role in the fifth film, playing a young version of Harry’s father, James Potter.

They started dating in 2007, but it took them nine years to make it official. The couple is no longer together, but it appears that their breakup was amicable and that they remain friends.

Evanna hails from County Louth, Ireland, and was such a huge Harry Potter fan as a kid that she even wrote letters to J.K. Rowling.

Her performances in the films led Rowling to call her one of the “Big Seven”.

Since Harry Potter Evanna has focused on theatre and activism.

Meanwhile, Robbie is from Yeovil, Somerset, and has had a number of acting roles since appearing in the Harry Potter films. He currently resides in Los Angeles and is performing in a play at the Odyssey Theatre.

As per Dailystar, Tom Fletcher meanwhile has decided who he wants to play him in a future McFly film, and the lucky actor is adept at both waving wands and playing guitars.

That’s because the McFly singer, 36, has expressed interest in having Harry Potter star Tom Felton, 34, play him in a biographical film about him and his band.

Tom is most remembered for his role as Draco Malfoy, the wicked wizard in the Harry Potter films, which is one of the most commercially successful fantasy franchises of all time.

On his Instagram Story during a Q&A session with his 2 million fans, he said that Tom Felton would be the perfect fit to play him on the big screen.

One fan asked him: “Who would play you in a McFly film?”

Tom responded by posting a throwback photo of himself standing next to Felton at an event, and the two looked extremely alike.

The McFly singer sported a breezy blue shirt with a necklace, while the Harry Potter star wore a suave suit.

As he penned the caption, Tom cheekily called Tom “TF2”: “TF2 has the role. All day long @t22felton”.

Chris Harrison plotting his return to ‘The Bachelor’ after controversial exit: Rumor